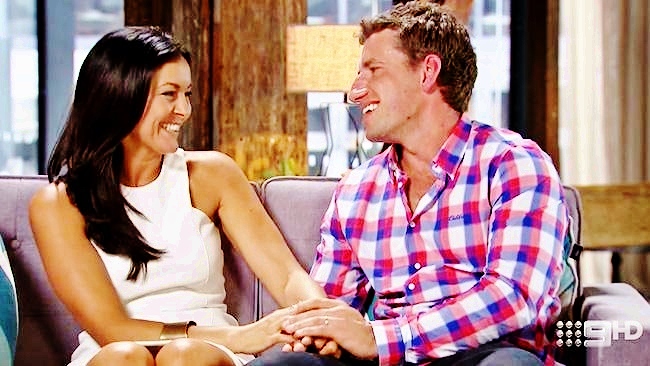 Wedding season is soon going to be here and couples everywhere will blissfully be saying “I Do.”

Unfortunately, we know it’s not uncommon for marriages to result in divorce. Oftentimes it’s because one or both spouses don’t know certain things about their partner before going into the marriage.

Thanks to the popular show Married at First Sight, lovebirds are learning important lessons about marriage before entering into their own – or, really any serious romantic relationship at all.

Justin Lavelle, Communications Director at BeenVerified has compiled three questions you should be able to answer about your future spouse before walking down the aisle and saying those vows.

The popular reality show Married at First Sight, where total strangers sign up to be married by a panel of relationship experts, has gained a reputation of sorts. Four couples who married each other at first sight after being matched by a panel of psychologists, had an explosive breakup during the series, including much talked-of couple Jono and Clare.

Clare, the outspoken blonde who was married to Jono broke up much earlier in the series, providing viewers with lots of drama and laughs, as her relationship with Jono unravelled.

There were contestants who however, decided to persist with their marriage despite its many meltdowns; Christie and Mark, Erin and Bryce.

Simone and Xavier called it quits, because their relationship lacked romance.

While Married At First Sight presents itself as a social experiment and the idea of marrying a complete stranger would never occur to most, these incidents make a strong argument for truly getting to know your potential life partner before you tie the knot.

Here are three key things to learn about your partner before marriage:

1.    Does your partner have a criminal record?

Anyone can make a mistake and a criminal record isn’t necessarily a deal breaker, especially if you have grown close to a person and all evidence is that he or she has learned the lessons from any past incidents. However, being surprised to find out about a criminal record after you have been married can erode trust, and even put you in a dangerous position if your spouse is unreformed and actively hiding it from you. It’s best to get such incidents out in the open relatively early in a relationship as everyone will react differently to such news.

2.    Has your partner been previously married?

Divorce is unfortunately all too common and typically doesn’t indicate anything about a person’s character. People grow apart for any number of reasons and despite much effort, some marriages simply don’t work out. As a potential new spouse, it’s in your best interest to know if your partner has been previously married and what he or she learned from the experience. This can help interrupt old, destructive patterns and make you aware of any sensitivities your partner might have.

A common problem that comes between couples both on Married At First Sight and in many normal relationships are fights over money and work. Get clear on issues like debt, credit scores and spending habits before you create a legal and financial partnership that is marriage with another person.

While addressing these questions can be uncomfortable, a good pre-marriage counselor can help you walk through them in a non-awkward way. If you have doubts that aren’t being addressed, get them resolved before you get married or the hurt, embarrassment and damage will be much worse down the road.

Justin Lavelle is the Communications Director for BeenVerified, the leading source of online background checks and contact information in the US. It helps people discover, understand and use public data in their everyday lives and can provide peace of mind by offering a fast, easy and affordable way to do background checks on potential dates. www.beenverified.com

feature image: Mark and Christie decided to give themselves a chance through distance. Courtesy @Married at First Sight Channel 9