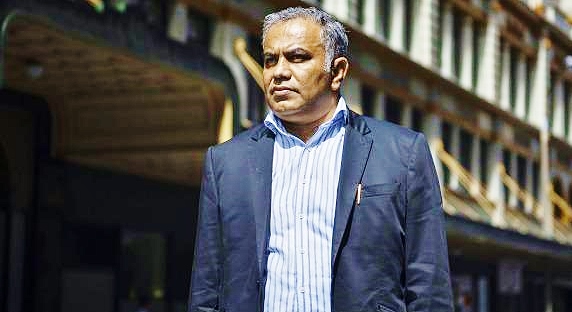 Sydney, May 25: Transport Workers Union NSW Acting Secretary Richard Olsen has welcomed the decision by the Fair Work Commission to award a driver unfairly dismissed by the Indian Consulate in Sydney more than $10,000 saying that it sends a clear message that no employer is above the law.

Mr Olsen was speaking after the Fair Work Commission ruled in favour of TWU member and former employee of the Consulate, Hitender Kumar, who was unfairly dismissed by the Consulate last year.

“It takes guts to stand up to your boss – especially when that boss is a Foreign Consulate who sacks you for highlighting major issues in the workplace,” Mr Olsen said.

“This decision sends a message to all workers in Australia, especially foreign migrants, that you have rights no matter who your boss is or what they tell you.

“It also send a message to employers that even if you have diplomatic immunity, you still have to play by Australian workplace laws.”

Hitendra worked as a chauffeur for the Indian consulate in Sydney for 5 years until March 13 2015, when his employment was terminated.

As claimed by Hitendra, he was sacked for raising concerns about the consulate’s failure to conduct required police checks before issuing Indian passports in Sydney.

He also made a workers’ compensation claim after allegedly injuring his back lifting heavy boxes.

Hitendra’s claim of passports being issued without required checks, gathered momentum after underworld figure Chhota Rajan’s arrest in Bali last year and his passport identified, having been issued from Sydney, reportedly under a different name.

Although Hitendra believed he was sacked for “blowing the whistle”, he simultaneously also lodged a claim for alleged underpayment – in penalty and overtime rates.

Mr Kumar said the consulate had told him it was immune from Australian workplace laws.

After today’s Fair Work ruling, Mr Olsen encouraged all workers “who are victims of workplace harassment or underpayment to get in touch with a union to learn about their rights as Australian workers.

“Whether you have a 30,000 year heritage in Australia or you just arrived here last week, if you do Aussie work then you have Aussie rights.”

There have been systematic problems with the exploitation of foreign workers in Australia – from 7-Eleven, the transport industry and “all the way up to foreign embassies, we have seen foreign migrants underpaid, exploited and sacked by their bosses if they speak up,” Mr Olsen said.

All diplomatic missions and consular posts and their staff are subject to Australian protocols and state and federal laws.

Mr Kumar said that he was delighted the Fair Work Commission Court had ruled in his favour.

“When I began to highlight serious issues and discrepancies in what was going on at the consulate, I was sacked on a trumped up charge. I’m delighted that I’ve been vindicated by the Courts,” Mr Kumar said.

“I want to tell other Australians, particularly migrants, to not be afraid.

“If you think are being exploited or there is something happening at work that is not right, speak out.”