Skip to content
You are here
Home > Lifestyle > More fibre in your Diet will protect you this FLU season – pile up with Kiwi Fruit, Apples and Capsicum 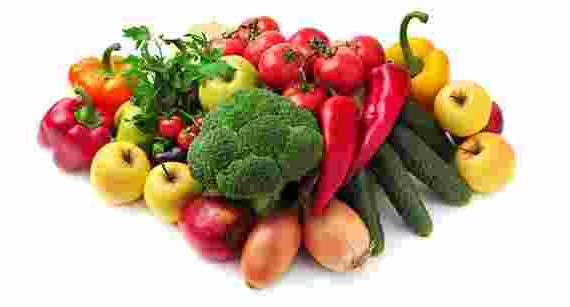 It has long been known that a diet rich in fibre improves intestinal health and reduces inflammation in the gut; now a Monash University study shows that fibre can protect against the FLU virus, too.

Professor Benjamin Marsland from the Department of Immunology, together with Swiss colleagues, showed in mice that fibre fermented in the gut by bacteria countered influenza A, one of the most common viral diseases worldwide.

The findings, published today (16 May 2018) in Immunity, suggest that fermented fibre and by-products of this process called short-chain fatty acids (SCFAs) could be investigated further for potential use in preventing and treating viral infections including the flu, and possibly as a supplement to improve the efficacy of the flu vaccine.

“What is produced in the gut doesn’t just change what’s in the gut,” Professor Marsland said.

“It goes into the circulation and changes the immune system at one of the most fundamental levels – the bone marrow – where a lot of our immune cells develop.”

Professor Marsland and colleagues had previously shown that mice fed a diet high in fermentable fibre were protected against asthma.

The researchers then wanted to test the effect of a high-fibre diet on the influenza virus in mice but were concerned that the process of “dampening down” the immune system they had observed in the study on asthma might dampen the rest of the immune system, leaving the mice prone to other infection and disease.

“We found that the high-fibre diet in mice actually protected against influenza, which was quite a surprise to us because the expectation from our earlier work, and that of others, would be that the immune response would be dampened,” Professor Marsland said.

Rather than switching off the immune system, the diet specifically activated cells called cytotoxic T cells, which kill cells that are infected with the virus.

“In essence, by eating the high-fibre diet the immune system of the mice had been primed to fight against infections,” he said.

“We were very excited by that.”

Professor Marsland said it was well-established that dietary fibre can reduce immune responses by turning the immune system off but that the influenza findings were different. “This was about turning a discrete part of the immune system on, which is very novel.”

The findings could potentially be used to try to boost the efficacy of flu vaccines by supplementing the diet with the right highly fermentable fibres or by adding SCFAs to vaccines.

Moreover, they may apply to other viruses, Professor Marsland said.

SCFAs are often found in sources including root vegetables such as chicory roots or the skins of citrus fruits, but it remained to be seen which fibres could be most beneficial.

“After our earlier publication, people wanted to know how much of which fibre they should take – we still don’t know this.”

The researchers are planning clinical work to see whether people who eat different amounts of a soluble plant fibre cited in the paper, inulin, are protected against lung disease.

Inulin, which is attracting attention for its link with ‘healthy bacteria’ is readily available, tolerable and safe, Professor Marsland said.

Professor Marsland conducted the current study with scientists in the University Hospital of Lausanne, Switzerland, where he previously worked before being recruited to Monash University’s Department of Immunology and Pathology.

Plant based fibre and citrusy fruits and vegetables are otherwise also well known to protect against the cold and flu season. They activate the body metabolism and boosts the vitamin levels as well.