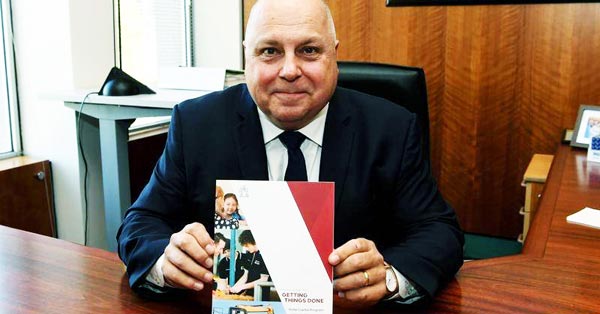 Melbourne, May 1: According to the announcements made in Budget 2018, the Andrews government says our state’s culturally diverse communities will get a Budget boost, with new funds for local projects and festivals.’

Marginal if not negligible increase

The Andrews Labor Government has proudly announced that its Budget 2018/19 will deliver $43.6 million to improve multicultural community infrastructure, help migrants settle into Australia’s way of life and better support our state’s multicultural festivals and events. It is only very marginally higher (by $0.8 million) than the Andrews Labor Government’s $42.8 million investment in the state’s cultural diversity last year. To put this peanut size increase in perspective, BT believes premier Andrews’ office has 80 staff (considered to be more than prime minister Malcolm Turnbull’s); if they were employed at a meagre wage of $80,000 – then their yearly budget will be at least $6.4 million. And Victorians are still deciphering premier’s relationship with firefighters union and their pay packets and perks – and its financial bill to the state.

And a further $19 million allocation went to the government’s new campaign – ‘Victorian – And proud of it.’ designed to help promote a sense of inclusiveness and greater social cohesion.

Last year’s funding of $42.8 million also included $2 million to establish Victoria’s first fully funded Migrant Workers Centre to prevent workers being exploited through under-payments and poor working conditions. Come May 2018, and a year later, not sure if that item has been actioned or not.

Budget 2018:
And this year – the election year – the government has found new agenda items to tick – from new community halls to our state’s cultural museums, a $17.1 million Multicultural Community Infrastructure Program included in the multicultural budget – will ‘statedly’ fix existing infrastructure and build new facilities for culturally diverse communities right across the state.

The funding will also improve access to services and make sure our cultural precincts continue to attract new visitors and tourists.

With $8.6 million allocated toward the states African community, the Andrews government is responding to Victoria’s first African Communities Action Plan, helping to build leadership and social cohesion within these communities.

And an additional $1.7 million will support culturally diverse youths at risk.

Over the past two years, the Labor Government has been working with the Jewish Community Council of Victoria and the Community Security Group to identify the organisations and sites with the greatest need.

The funds, included as part of the Multicultural Community Infrastructure Program, will secure these important upgrades. This grant directly responds to the needs of our Jewish communities.

The Labor Government has also allocated a total of $1 million for security upgrades at the Beth Weizmann Community Centre, home to many of our state’s Jewish community organisations.

For the Indian community, the funding seems to have been announced from last year’s budget – funds given to various associations and organizations, including Hindu Society of Victoria earlier in the year and a feasibility study funding of $50,000 (announced in April) for another potential Indian hub in the city of Monash, after Wyndham and Dandenong.

The only hope Indian community groups have – seems to be under the Multicultural Festivals and Events Program which has $1.4 million this year.

Victoria leads the way in support of multiculturalism and social cohesion, ensuring every Victorian can contribute and belong.

“With this investment we’re making sure Victorians from every background have the support they need to contribute and belong”, said minister for Multicultural Affairs Robin Scott.

“Our diversity is one of our greatest strengths, and we’re working with our proud multicultural communities to make Victoria safer, fairer and stronger”, the minister added.