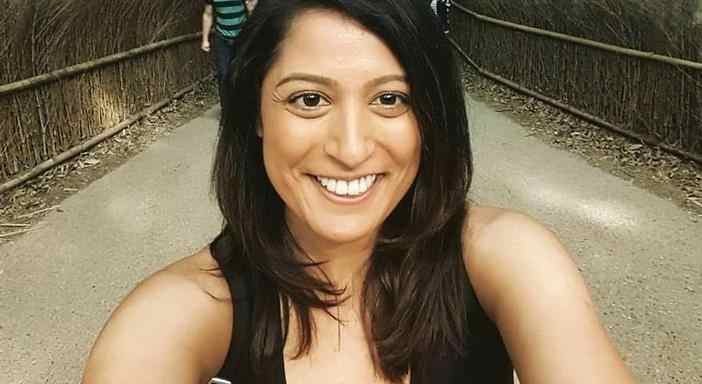 Melbourne, February 1: Bhavita Patel, sixth victim of the Bourke St rampage passed away Monday night after her family made the decision to turn off her life support.

While doctors tried to save her, but Bhavita was unresponsive for 10 days and her condition never improved. She passed away around 7.30pm on Monday night.

Her family and friends are heartbroken, saying that they cannot believe she is gone. Her brother Mitesh, said that the family would miss her immensely.

“I can’t believe that I won’t see her anymore,” Mitesh said.

He said he had spoken to his sister just before the tragedy. His parents were heartbroken, but was appreciative of all “the love we’re getting from people.”

Bhavita, who worked as a senior manager at Deloitte, have left her colleagues devastated. They said she was “greatly respected, a high-achiever and extremely successful”, who had received a series of promotions in the recent years.

“She will be missed immensely,” reads an online tribute.

“Forever in our hearts.”

“Bhavita was an outstanding director in our national advisory team. She will be deeply missed by all who knew her and the firm will honour her contribution.”

Bhavita, 33, a finance consultant, had moved from Canberra to Melbourne to work with the Victorian government before moving on to the corporate advisory section of Deloitte.

On the fateful day, Bhavita was walking back to her office on Bourke St, from her lunch break when she was mowed down.

Bhavita, who was living in Blackburn South, had studied at the Australian National University in Canberra and had worked as an accountant at the federal government department, before moving to Melbourne.

Bhavita is the sixth victim to die after Dimitrious “Jimmy” Gargasoulas allegedly drove his car into the Bourke St mall and mowed down pedestrians on January 20. Further charges are now expected to be laid against Jimmy, who is already facing five counts of murder.

Meanwhile, Indian IT worker Nethra Krishnamurthy, who sustained severe injuries, when run over by Jimmy’s car during the same incident, is recuperating at The Alfred Hospital, where she has undergone multiple surgeries.

She was on the ventilator and nasogastric tube support. Her husband Mohan Kumar said that the Bourke St tragedy had changed their lives forever.

“Our lives have been changed forever,” he wrote and thanked the whole community for overwhelming kind wishes and financial support through a crowd-funding appeal.

On, Tuesday, he wrote on his Facebook post: “We are extremely grateful for the overwhelming financial support received through mycause.com.au towards Nethra’s recovery and rehabilitation. It is going to be a very long road to recovery but we are staying strong.”

“My heart goes out for all the victims of this tragedy, their friends, families and anyone affected directly or indirectly.”

Young mother of an 8-month-old boy, Nethra, was returning to her office, after having breastfed her son, Hari, at a day-care when she was mowed down on January 20.

She is currently in a stable condition.

The Victorian Government has announced financial support for the families affected by the Bourke Street tragedy to assist with hospital expenditure and loss of wages.

Donations for the immediate families of those killed can be made via the website www.vic.gov.au/bourkestreet.html

Bourke Street rampage: Nethra Krishnanurthy out of coma as community reels together for victims