Skip to content
You are here
Home > Local > Bourke Street rampage: Nethra Krishnanurthy out of coma as community reels together for victims 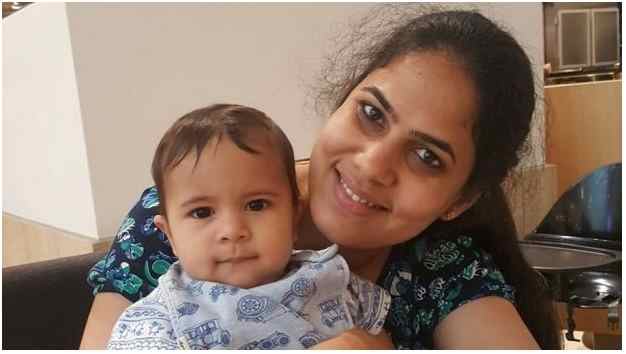 Critically struck, when returning to work after breast feeding her baby, Nethra Krishnamurthy, is out of coma

Melbourne, January 23: A baby boy became the first victim of Bourke Street rampage, as others continue to fight for life in hospital.

Zachary Bryant was farewelled on Tuesday at a private funeral. He was three-months and 14 days when he died after being hit by a car that rammed through the mall on Friday.

Thalia Hakin, 10, who was also killed in the incident, will be seen off at a private funeral, to held on Wednesday.

Among other dead are 22-year-old Jess Mudie and 33-year-old Matthew Si.

Meanwhile, the driver who intentionally drove into pedestrians, killing five and injuring more than 30 people; was charged and is in custody, but failed to appear in court.

Dimitrious “Jimmy” Gargasoulas, 26, remained in the custody cell, when his matter came up for hearing in the Melbourne Magistrates’ Court.

His maroon coloured sedan was being pursued by the police in Melbourne’s central business district (CBD) when the vehicle entered a pedestrian-only section of the Bourke Street shopping mall, driving erratically along the popular strip and into pedestrians.

As people were ‘flying like skittles’, a mother was searching for her baby, with part of a child’s pram on the bonnet and wedged into the maroon car, dragged up to 100 metres by the car.

Rebecca Russo, a witness to the chase, said she saw three people hit by the car as it sped through the mall.

“We were just standing on Bourke Street, and we heard a bit of a crash coming from the mall. I saw a maroon car driving up the pedestrian path on the Flinders Street side,” Russo told Fairfax on Friday.

“People were running out of the way, they were going very, very fast. I saw him hit a few people. I saw bodies flying into the air.”

Charged with five counts of murder, police said that more charges were pending against Gargasoulas. He was “well known” to police, charged with a crime earlier and granted bail only recently, despite police opposition.

As thousands flocked to Federation Square to pay tribute to the five victims of the tragedy, scores more were battling it out in the hospital.

15 people remained in hospital, two of whom are in a critical condition.

One of the critical is Nethra Krishnamurthy, who had just fed her baby in a day care, and was returning to work when she was struck. It was her first week back at work from maternity leave.

“We have grave fears for their health and wellbeing,” Victorian premier Daniel Andrews said.

In her first week back at work after maternity leave, Nethra, who is in her 30s, was returning to her office, after breastfeeding her eight-month-old baby boy, Hari, when she was run over in Bourke Street pedestrian strip.

Nethra’s injuries were serious that included deep lacerations to her head, punctured lung, and even some damage to her liver and kidneys.

She also sustained broken ribs and three fractures to her spine and was admitted at The Alfred.

According to her friends, Nethra was in a coma, but emerged into consciousness in intensive care on Monday, where she remains in a critical but stable condition. She has undergone multiple surgeries including plastic surgery.

As Nethra’s husband take care of her, by her bedside, their baby in the care of work colleagues and family friends.

A fundraising page has been set-up by her workplace to help her recovery. The goal is to raise $100,000 for Nethra and family, and all funds received will be banked to her husband, Mohan Kumar.

“Given the severity of her injuries, Nethra will remain in hospital for quite some time, and following this will have a long road to recovery, both physically and psychologically,” fundraising co-ordinator and colleague Tanvir Chowdhury of Oak Park, said.

Nethra is a civil engineer from the National Institute of Engineering. She works as a technologist at an IT company, Mexia, located in the CBD. She had only recently joined back to work two days a week. Donate and help Nethra’s recovery.

Victoria Police said that the incident was not related to terrorism or counter terrorism. The incident occurred as thousands of tourists were in Melbourne for the Australian Open.