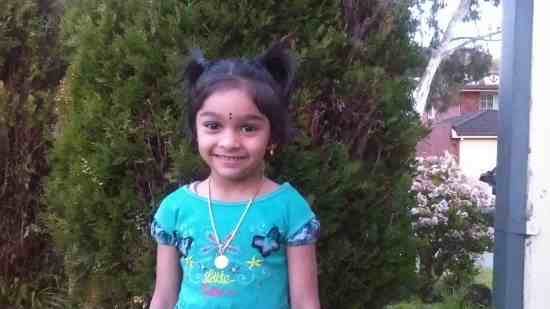 Nearly 20,000 students aged 4 to18 years, entered the nationwide competition –themed ‘what does learning language mean to you?’

The inaugural 2016 SBS National Languages Competition aimed to encourage and celebrate a love of learning languages in Australia.

The winner in the secondary primary category was claimed by another Melbournian – Cranbourne’s Kathir Janaki Sakthivel, 11, who responded in Tamil; while People’s Choice winner Anahid Andisheh Far, 10, of Bonner ACT responded in Persian.

Melbourne west’s Raaid Ahmed Mollah, 14 claimed the People’s Choice award in the senior category. Raaid, who is a resident of Wyndham Vale, responded in Bangla.

Katerina Buck, 18 of Beckenham, WA was named the winner for her response in Russian language.

SBS Director of Audio and Language Content Mandi Wicks said: “We’re thrilled with the huge response we have received from across the country to the inaugural SBS National Languages Competition.

“It’s been wonderful to see the range of beautiful illustrations and written submissions which indicate how important language is to many young Australians today.

“Australia is one of the most multicultural and multilingual nations, and we believe the SBS National Languages Competition delivers on SBS’s purpose to inspire Australians to explore and celebrate diversity.”

72 national finalists from across the country were announced on 30 August.

One winner from each of the three categories was selected by an SBS judging panel including Director of Audio and Language Content, Mandi Wicks, SBS Arabic24 presenter Heba Kassoua and TV screenwriter, columnist and author Benjamin Law.

In addition, Community Languages Australia selected 24 entries from the 72 national finalists, who were eligible for the People’s Choice Competition. One winner per category was voted by the public between 30 August and 9 September.

The winners, as selected by the SBS judging panel and the public vote, will be flown to the SBS National Languages Competition Awards Ceremony in Sydney to accept their award and prize on Saturday, 8 October.