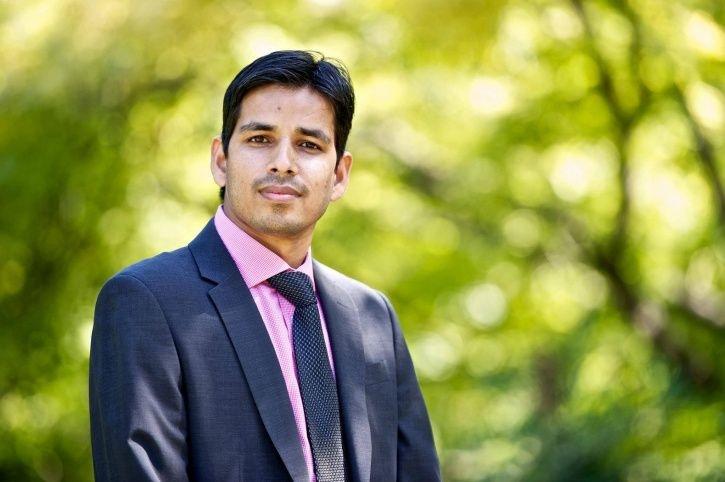 Melbourne, December 23: Wajib Ali, a 36 year old Indian based in Melbourne has been elected as Member of Legislative Assembly of Rajasthan from the Nagar constituency in Bharatpur, Rajasthan.

Ali went to Jamia Millia Islamia in Delhi before coming to Australia for higher studies. He graduated from Central Queensland University, Sydney in 2007.

Since then Ali “has been working in education industry” according to his facebook page.

He also states that he has rich experience in business development.

He currently owns Training Tradesmen – TTM, an institution based on Geelong Road in inner west of Melbourne, Kingsville.

The miserable condition of his village deeply affected him when he went back to India to meet his parents six years ago. He was born in a Meo Muslim family of Nagar Block’s Sikri village.

He told The Hindu that he wanted to change people’s lives and improve the social conditions in his area dominated by Meo Muslims.

Thus, his return to his native village in 2013, and thereupon he contested the Assembly election as a National People’s Party candidate but lost to BJP’s sitting MLA Anita Singh.

But determined to make a difference, Ali did not give up and remained active in his village and around the region.

He joined Bahujan Samaj Party (BSP) in 2015 to gain an identity for himself and gear “political weightage” for his work among his people, especially the Meos.

Ali told The Hindu, “This is the state’s most backward area. Basic facilities are lacking here. Besides, Meos are treated with suspicion”.

He succeeded in breaking caste and religious barriers and convincing voters about his honest intentions. He said that people from all castes voted for him and voters believed that he sacrificed his comforts in Australia to do something for them.

Ali defeated Samajwadi Party’s Nem Singh with a margin of 25,467 votes in this Assembly election.

Ali wants to focus on improving education and health

Ali told The Hindu that he wanted to focus on improving education and health in his constituency and raise the standard of living of his villagers. According to Ali, his other priorities include law and order and corruption in government offices.

Ali is also a member of the International Rural Council and wants to work for farmers in his region.

Ali’s name to fame is also his brother – flamboyant Wyndham City Councillor Intaj Khan, who has held this position since 2012, and also runs the Western Institute of Technology. He is also a member of the Australian Labor Party (ALP).

Cr Khan has earlier faced a move from within the ALP that he be expelled from Labor after he was charged for failing to disclose property and business interests.

The move to have Cr Khan removed from Labor party failed; the property charges were dropped and the case went before the Sunshine Magistrates Court.

Intaj Khan was convicted and fined $26,0000 in July this year, for the incomplete and late filing of ordinary returns.