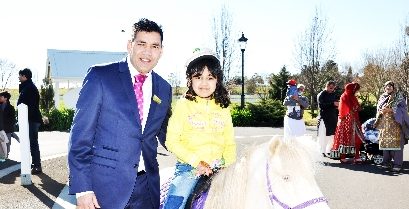 On June 16 Intaj Khan had pleaded guilty to eight charges relating to the filing of register of interest returns and fronted the Sunshine Magistrates. Khan faced the following charges:

The Local Government Act 1989 requires all Councillors to lodge returns every six months while they are in office – detailing their property holdings, board positions and the like. This ensures that Councillors declare any conflicts of interests regarding council business.

The good news for the embattled Councillor is that despite his conviction – he is not disqualified and can remain a Councillor.

Giving her reasons for convicting Khan, Magistrate McCarthy noted that the offences occurred shortly after a 2015 investigation by the Local Government Inspectorate which had resulted in Khan receiving a ‘written warning and subsequent training’, which specifically covered Councillors’ obligations regarding ordinary returns.

She said Khan’s non-compliance following this training was an “aggravating factor”.

On January 4, 2016, an email was sent out to Wyndham councillors, which included a copy and guide to filling out ordinary returns

Magistrate McCarthy also cited that email in her reasons, adding that to the importance of correctly filing returns to ensure good governance, for her decision.

“Given the training you undertook – notwithstanding the submission that the training may not have exactly been on point – you are a sophisticated business man and are capable of asking questions as part of that training, and that the purpose of the training was no doubt to focus your mind on the importance of compliance with your reporting obligations,” she said.

“You were on notice at that time about returns, and the public interest in reporting.”

Khan’s conviction is a result of breaches of the Local Government Act 1989.

(7)           A Councillor … must disclose in an ordinary return the following information in relation to the return period — (a) if he or she has held an office whether as director or otherwise in any company or body, corporate or unincorporate—the name of the company or body;

Khan, an ambitious Labor politician who had pleaded guilty to these charges and would have preferred no conviction recorded against his name,  has lodged an appeal against the decision.