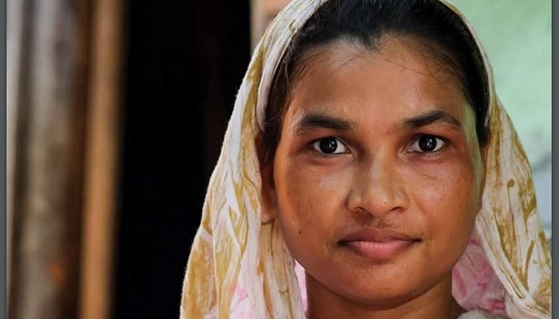 We all love a bargain…but the bargain shouldn’t be what she makes.”

Melbourne, December 6: Iconic Australian department store Kmart is being urged to become a national leader in ensuring living wages for the workers who are trapped in a cycle of poverty by the pittance wages they are paid for making our clothes.

Inspired by the What She Makes campaign, Oxfam Ambassador and comedian Sammy J has thrown his talents into a toe-tapping song and video clip highlighting that the women who are making clothes in the supply chains of Australian brands are trapped in poverty.

A regular shopper at Kmart, Sammy J has used his cheeky song to call on the iconic retailer to step up and become a trailblazer by making a credible, time bound commitment towards paying a living wage – setting an example for its competitors to follow suit.

“Poverty wages are being paid to the workers, mainly women, making clothes in factories in countries like Bangladesh, Vietnam and Cambodia for Australian brands,” Sammy J said.

“This means no matter how hard these women work, they often cannot even afford the basics – too many are forced to live in slums and cannot even put enough food on the table for their families.”

Oxfam Australia Chief Executive Helen Szoke said the fact that Sammy J had been moved to pen a satirical song to Kmart was testament to the powerful stories of the women making clothes for Australian brands – and the unacceptable reality that faces these workers as they struggle to lift themselves out of poverty.

Dr Szoke said Oxfam was greatly appreciative that Sammy J had taken his time and creative flare to highlight this serious issue.

“Kmart is one of many Australian brands that buys its clothing from factories across Asia, where mainly women are paid minimum wages of less than $1 an hour to make the clothes we buy,” Dr Szoke said.

Oxfam acknowledged that Kmart has been a leader on factory safety and transparency – showing where their clothes are made all around the world. The company says it is committed to living wages and it has joined a global initiative called ACT.

“The minimum wage in Bangladesh, where women make clothes for Kmart and many other Australian brands, is just 39 cents an hour. It is set to increase to 62 cents an hour, but even with this increase, workers on the minimum wage take home just $128 a month – about half the estimate of a living wage.”

Dr Szoke said a living wage would mean that pay earned in a standard week would cover essential needs including food, housing, healthcare, clothing, transport, education, and some money for unexpected events.

“The Australian fashion industry turned over $24 billion last year – it is grossly unjust that the women who make our clothes remain entrenched in lives of poverty,” Dr Szoke said.

Dr Szoke believes that while Kmart has taken some great steps in the right direction, but they need to go one step further.

Oxfam urged Kmart to publicly state the actions it would take to help achieve living wages in its supply chain – and the timeframe by which these actions will be implemented.