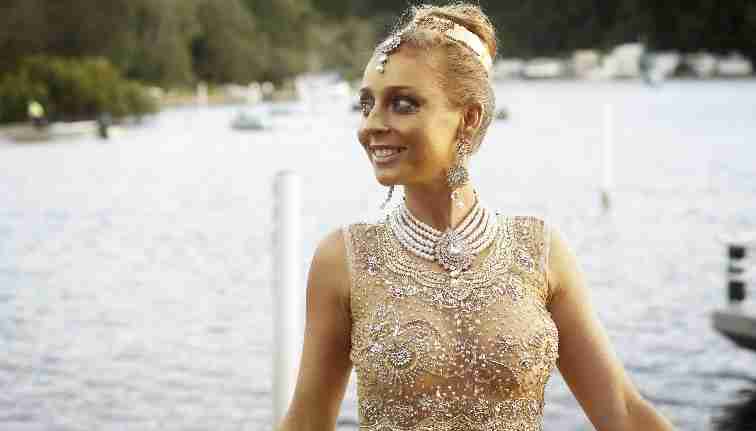 Melbourne, October 11: 10 years have passed since the devastating three-day siege in Mumbai’s Taj Mahal Palace Hotel. To commemorate the Mumbai 26/11 tragedy, Lliam Worthington’s One Less God has commenced screening today at the Classic Elsternwick and Lido Hawthorn and then rolls out throughout Australia.

Inspired by true events, and told from the perspectives of both hostages and terrorists over the course of the overwhelming siege in the Taj Mahal Palace Hotel; the award-winning debut feature by writer/director/producer Lliam Worthington, was named Best Film at the 2017 Byron Bay Film Festival.

It also received both the Grand Jury Prize – Best Feature and the Industry Choice Award at Los Angeles’ 2017 Dances with Films Festival.

Starring a diverse Australian cast bringing to life the hostages, international guests, the hotel staff and the terrorists, the cast includes Mihika Rao,

Kabir Singh, SukhRaj Deepak, Kieran Kumar, and Rhavin Banda – many of whom will make their screen debuts in the gripping retelling of the events from the siege.

Large portions of the film’s dialogue based on actual transcripts, like – Atiya (Mihika Rao), who came to Mumbai with her grandfather (SukhRaj Deepak), to visit her dying mother in hospital.

Then there is Sean (Joseph Mahler Taylor), an Irish backpacker, was drawn to India like so many before him, seeking spiritual answers and meaning.

In stark contrast, there are also Yaaseen (Kabir Singh) and Ahmad (Kieran Kumar) who came because they were told their names would be etched in gold… that they would be hailed as great heroes forever and … that they were doing ‘God’s’ work.

For all these characters, their worlds collide on 26 November 2008, when ten young members of Lashkar-e-Taiba land on the coast of Mumbai armed with AK-47s and grenades – their primary target being the iconic Taj Mahal Palace Hotel.

Yet One Less God is more than a story of terrorism, it is an unflinching descent into the psyches of the perpetrators behind the infamous 26/11 attacks and our shared humanity.

“We spent years researching and writing, and once we became immersed in the events and the geo-politics, we knew we needed to get beyond the timeline of events that were filling the news cycles. We wanted to get to the heart of the tragedy, and also beyond it – to the people on both ends of the guns.”

Powerful and thought provoking, large portions of dialogue in One Less God, was directly inspired by the leaked transcripts of the 2008 siege.   “I wanted to craft a story that walks the line between the minefields of demonisation and apologetics, and offer a genuine movement towards greater humanism and compassion,” Worthington said.

“…I think it’s always been one of the duties of the arts, to help us find the road less travelled in our conversations, and I believe that’s what we’ve done and why the responses we’re getting from festival audiences are so strong.”

Conceived eight years ago and filmed and produced over three years, from leaked transcripts of the siege, “One Less God is a truly independent feature largely created by sweat equity and grass roots industry support,” co-producer Nelson Lau said.

The feature consists of people of many different faiths: Muslim, Hindu, Christian, Jews, Buddhists and those of no faith as well.

“I think together we have made a deeply humanist film that shrinks from nothing, which we believe is vital right now in this divisive political climate,” producer Maren Smith said.

A portion of all Australian and Indian box office receipts from One Less God, will be donated to the I Love Mumbai Foundation – a very active charity working with the 26/11 victims and their families.

feature image: Nicole Fantle as ANNIE in ONE LESS GOD