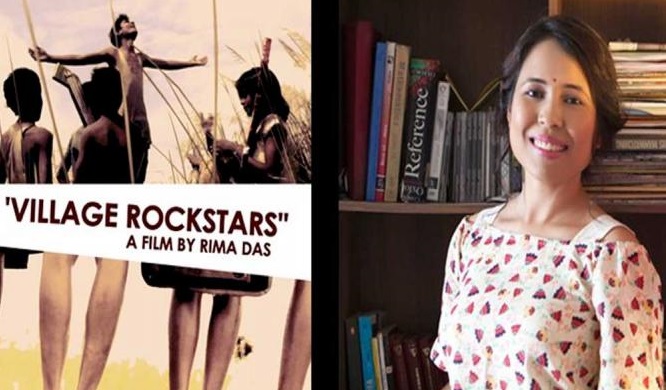 “Bollywood or the Indian Cinema is like a reflection, or if I have to put it more precisely an insight to how India is,” said Mitu Bhowmick Lange, program director, on the launch of the IFFM 2018 – Indian Film Festival in Melbourne.

With the theme, this time being “Inclusion”, IFFM would be showing 60 Films in 22 languages.

Further elaborating on the theme, she added that “the theme is not just limited to sexual inclusion but it projects a lot of other aspects too, and the films which have been chosen show this very vividly.”

The festival officially opens on August 10 with the screening of “Love Sonia” at Melbourne central with Tabrez Noorani, Freida Pinto, Mrunal Thakur and Richa Chadda in attendance.

In keeping with the ‘inclusion’ theme, an Assamese Film – Village Rockstars directed by Rima Das has been nominated in the ‘Best Director’ category.

A 2017 production, this Assamese movie is being seen as coming-of-age film in the locale context.

Protagonist, Dhunu (ten-year-old, Bhanita Das) stands out amidst a group of real Village Rock stars, despite growing up in an impoverished community facing onslaught natural calamities.

The movie rotates around Dhunu’s dreams of owning a real guitar and forming a music band in an impressionable yet tenacious storyline.

Padmaavat and Sanju have 5 nominations each at IFFM 2018.

Besides these blockbusters, independent films like Sir, Balekempa and Mayurkashi have also been recognised in the Best Indie Film category.

Both young and old stalwarts, like Ranbir Kapoor, Akshay Kumar, Ranveer Singh, Shahid Kapoor, Manoj Bajpayee and Soumitra Chatterjee will fight it out for the Best Actor title.

Rani Mukherji, who will unfurl the Indian flag at Federation Square on August 11, is also in running for the Best Actress title, up against stars and newcomers alike – Vidya Balan, Deepika Padukone, Alia Bhatt, Bhanita Das, Tillotama Shome and others.

The IFFM awards evening will be held at Palais Theater on August 12, hosted by young and delightful comedian ‘Saadhiya Ali’. The cherry on top for this event, will be a performance by the famous music duo ‘Sachin-Jigar’ – who not only made us do some LAATKE JHAATKE on the beats of ABCD2 but also gave us love goals with ‘Afeemi’ from Meri Pyari Bindu.

The celebrity list at IFFM 2018 include Abhijat Joshi – of P.K, Lage Raho Munna Bhai and 3 Idiots fame; Ali Fazal, who defies the barriers of languages and countries in “Victoria and Abdul” and of course, Rani Mukerji who made us cry in Saathiya and then made us laugh till our stomachs hurt in Bunty aur Babli.

Spreading some more desi tadka is dancing queen Malika Arora, who will conduct the famous Telstra Dance Competition to be held at Federation Square on August 11, midday. Judges to the event include movie director Nikhil Advani and the dashing Ram Charan.

The film “Sir” will mark the end of this wonderful two week magical fairy-tale, to be screened on the closing night on August 22 in Melbourne Central.

Low on cash and still want to enjoy some of the movies?

IFFM 2018 has free screening of recent movies such as “Tumhari Sulu”, “102 Not out”, “Padman”, “Chandani” and the very famous and world-wide acclaimed “Victoria and Abdul.”

A number of regional films like “Summer of miracles” “To let” and “Uma”, will feature as part the festive screenings. Amongst them is the Marathi film ‘Chumbak’, expected to be screened on August 12.

An unconventional yet realistic, CHUMBAK revolves around a 15-year-old waiter Baalu and his chance encounter with the 45-year-old mentally slow, Prasanna that forces him to make a choice between his dreams and morality.

The film, expected to be released in India on July 27, has the famous lyricist Swanand Kirkire as one of the leads in the movie, directed by Sandeep Modi and presented by Akshay Kumar.

“These films defiantly make their way into the ‘ films to watch before you die list’.

“I was amazed by how beautifully and simply did these films express themselves,” said Rahul, an intern with the IFFM.

Some cross-border films like “Verna”, “Born Together” and others have also made it into the selected list.

“A good film always finds its way, it can never stop or be stopped by language, culture or nation barriers,” said Ms Bhowmick, speaking to Bharat Times.