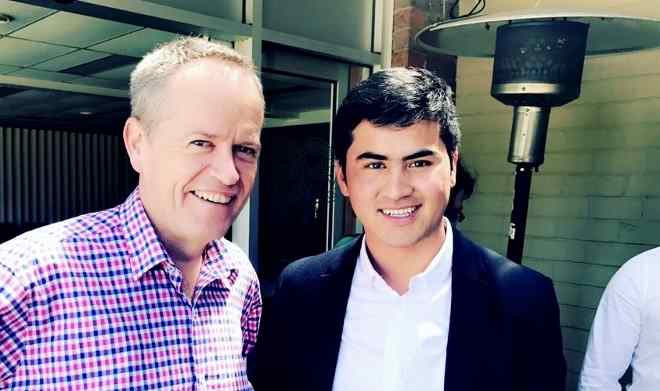 79 per cent unaware of Aboriginal Australia Day significance; but embrace it anyway because the TONE of PUBLICITY around the day help new migrants feel welcome

Melbourne, January 25: A large majority of migrants and refugees new to Australia plan to become citizens and feel it is important to mark Australia Day, according to a new survey.

Most newcomers say they plan to mark the day in some way and that Australia Day events make them feel more welcome in their new country, the survey found.

But most don’t know the significance of the January 26 date and are unaware of sensitivities over the day among some Aboriginal Australians.

The survey of 120 new migrants and refugees, commissioned by refugee and migrant settlement agency AMES Australia, also found curiosity on the part of recent arrivals about Australia’s history.

The survey asked ‘Is Australia Day was important for the nation?’ Eighty-two per cent of respondents said ‘yes’ and 15 per cent said ‘no’.

Only 21 per cent of those surveyed knew the significance on January 26 – the day the First Fleet arrived in Port Jackson – while 79 per cent did not.

An overwhelming 92 per cent of respondents said they planned to become Australian citizens while eight per cent said they had no plans to become citizens or were not sure.

But only nine per cent of those surveyed were aware of the controversy over Australia Day prompted by some Aboriginal groups calling it ‘invasion day’.

More than half (57 per cent) said Australia Day would mean more them it they were citizens while 35 per cent said it would make no difference.

Eighty-one per cent of respondents said they knew, or planned to learn more, about Australia’s history and the reasons Australia Day is celebrated while 15 per cent said they did not.

The survey found Australia day events and the tone of publicity around the day helped new arrivals feel welcome.

“I think Australia day is important for the nation, it shows that Australia is a united and peaceful country,” Mr Butti said.

He said Australia Day would mean more to him once he became a citizen.

“When I become a citizen, Australia Day will be part of will be the history of my new country, my new home.

“But even now, even though I am not yet a citizen, I feel welcome here beyond my expectations,” said Mr Butti, who arrived in Australia with his wife and two children early last year.

Afghan Hazara refugee Hafiz Jan said he planned to celebrate Australia Day with a BBQ with friends at his home.

“Even though I am not a citizen yet, I feel like I am an Australian,” Mr Jan said.

“My family and friends and I celebrate the day with a BBQ at home. Even though we don’t drink alcohol, we have sausages and lamp chops,” he said.

“As time passes, I’m feeling more and more Australian and soon I can apply for my citizenship,” Mr Jan said.

AMES Australia CEO Cath Scarth said the survey showed that migrants and refugees new to Australia were committed to becoming part of the wider society.

“What the survey tells us is that migrants who come to this country have a commitment to it and want to become part of its social fabric,” Ms Scarth said.

“It shows that most migrants want to contribute to Australia, want to learn its history and customs and want to embrace and become part of broader society,” she said.