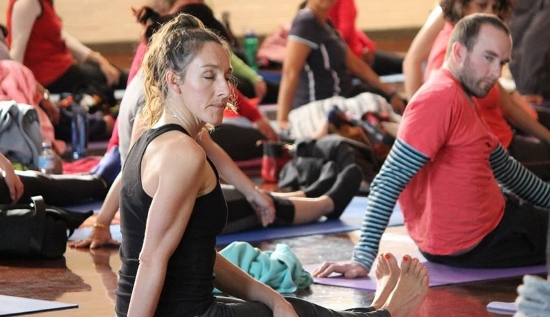 Clayton, June 21: In a historic move, June 21 was declared as the International Day of Yoga by the United Nations General Assembly on December 11, 2014.

During his address to the UN General Assembly on September 27, 2014 PM Modi stated: “Yoga is an invaluable gift of India’s ancient tradition. This tradition is 5000 years old. It embodies unity of mind and body; thought and action; restraint and fulfilment; harmony between man and nature; a holistic approach to health and well-being”.

The initiative was lead from an event – the conference ‘Yoga – a Science for World Peace’ held at the Art of Living International Centre, on 4 December 2011.

The event was jointly hosted with SVYASA Yoga University, and Yoga Portuguese Confederation of Lisbon, Portugal under the leadership of Sri Sri Ravi Shankar of the Art of Living Foundation, had called for proclamation of a World Yoga Day.

A declaration was signed to have UN and UNESCO declare June 21 as ‘World Yoga Day’.

Indeed then that, upon the declaration last year by UN, Art of Living has given full emphasis of the annual celebrations and promoting the Yoga lifestyle.

A festive celebration was held by the Art of Living Foundation in Melbourne this year to mark the 2nd International Day of Yoga on the 19th June 2016.

The 3 hour ‘Yoga for Happiness’ event held in Clayton was attended by more than 120 participants.

Senior Art of Living member and Yoga teacher from Melbourne Chris Dale, lead the participants into an easy and relaxing state through yoga postures and yogic breathing techniques were also demonstrated by Yoga teacher Rohit Singla. 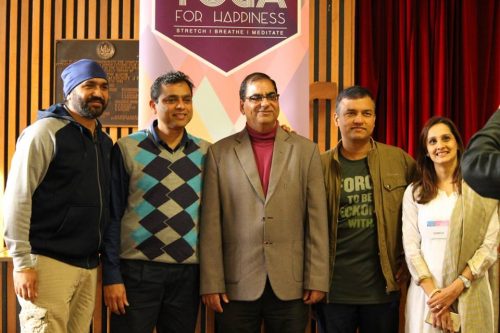 Closing the event were soothing Sanskrit tunes lead by teachers Slava and Sveta Sapunar on vocal and guitar, Board Member Jay Jayashankar and Melbourne State Coordinator Avinash Rain on percussions.

As PM Modi had said, “it is not about exercise but to discover the sense of oneness within yourself, the world and the nature. By changing our lifestyle and creating consciousness, it can help us deal with climate change.

“Let us work towards adopting an International Yoga Day.”

AOLF offers numerous highly effective educational and self-development programs and tools that facilitate the elimination of stress and foster deep and profound inner peace, happiness and well-being for all individuals. These programs, which include breathing techniques, meditation, yoga, and practical wisdom for daily living, have helped millions around the world to completely transform their lives.

Sri Sri Ravi Shankar emphasised, “Unless we have a stress free mind and a violence-free society, we cannot achieve world peace.”

Art of Living Foundation (AOLF) is one of the largest volunteer based not-for-profit organisations in the world operating in over 155 countries, and has special consultative status with the Economic and Social Council of the United Nations.