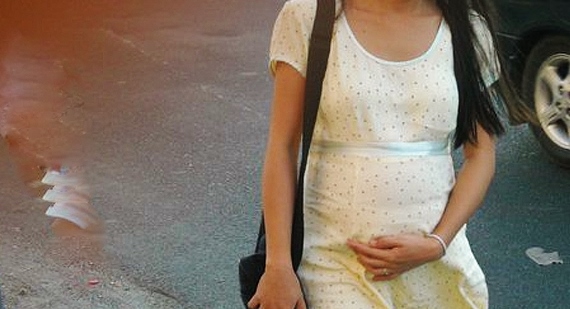 Melbourne, May 27: More than a third of international students’ health claims at insurance company, Bupa are pregnancy-related, according to an investigation conducted by Fairfax.

This expose’ comes at a time when Australia’s most reputed universities are riddled with claims of being hotbed of sexual targets and escapades.

While the campaign – Universities Australia’s Respect. Now. Always. – is now looking at whether international students are particularly vulnerable to sexual harassment and assault; insurers and health experts are warning that unwanted sex and poor sex education are also leading to a spate of abortions among international students.

Director of Health Services at the University of NSW, Dr Bill Kefalas says health providers experience difficulties when trying to find information on the number of abortions in the international student community.

“Lots of students basically pay for it out of their own pockets so that there is no record of it being done through the insurer,” he said.

Dr Yadu Singh, Sydney based cardiologist and well known campaigner on issues concerning Indian origin migrants, said he is “alarmed with the statistics about pregnancies and abortions among international student communities”, talking to Bharat Times.

While there is no separate data on Indian students, “It appears that inadequate sex education …is a key factor… and this may be true for Indian students too”.

But he believes that “protection is commonly practised by Indian international students and unwanted pregnancies are not as common” amongst Indian students.

“A reasonable guess will be less than a third of reported number” for Indian students particularly.

Yet Dr Singh is concerned that “pregnancies and abortions are not the only issues… unprotected sexual encounters leading to pregnancies are equally likely to cause HIV infections and Sexually transmitted infections (STIs) with serious consequences for the health of people involved.

“Responsible sexual behaviour is important in more ways than one”, he said.

Dr Yadu Singh said that “India has reasonable level of sex education and awareness about sexual health among youngsters from bigger cities, which are the predominant places of origin for Indian students coming to Australia”.

Dr Rishi Gupta, based in Melbourne’s west said that upkeep of international students’ sex health may be incomplete with only sex education.

“International students experience a sudden sense of being free in the Australian society, and coming from a tightly controlled society of India, leads many to throw out all caution.”

Shipra (surname withheld) came to Melbourne at 20 years, to complete a Master’s Degree in Finance.

This being her first overseas trip and her first experience living away from home; it took less than a month to lose her virginity and move in with her international student ‘boyfriend’, who she eventually broke up with.

“Without family or friends to turn to, independence and incorrect expectations, and a guy who shows he cares, a lot of girls would say ‘yes’. When realisation comes, it is too late”, Shipra said talking to Bharat Times.

“I believe sexual activity is quite common among students from Indian background… many of this is among boyfriend-girlfriend environment, but casual sexual encounters are not infrequent either”, Dr Singh confirmed.

Dr Gupta pointed to a “need for university based mentoring for international students against social anxiety and simple things like discomfort in saying ‘NO’ when dealing with propositions at a nightclub.”

Dr Singh pointed to a need for mentoring of international students and new migrants by local organisations and associations about “what is right and what is not right” in Australia.

A misconception of Australian ‘freer culture’ amongst international students, also show up in form of assaults and harassment.

Nair, an international student, was herself groped between the legs at a Monash University Halloween-themed party in 2014, and she believed that the perpetrator was taking advantage of Australia’s “freer culture”.

Notably, the perpetrator was an international student himself.

Nair, who is of Indian origin, told Fairfax that she believed the perpetrator thought it was okay “to do what he wants” – given Australian society’s sex and “freer culture” perception amongst international students’ mindset.

“There is a misplaced perception about Australia among some students from some countries… this may well be a factor responsible for higher sexual assaults and harassment of some international students”, Dr Yadu Singh said.

“India may well be one such country – due to Australia being perceived as a more liberal society where sexual encounters between consenting adults is not frowned upon or seen from a moral prism”.

In 2013, Iqbal Muhammad, a Pakistani student who had come to Australia to study veterinary science, on an Australian government grant; was found guilty of assault for an act of indecency and detain a person to obtain advantage.

He was sentenced to four years’ jail with two years non-parole and earlier this year he was deported, upon his release in November 2013.

Muhammad, who had left behind his wife and children in Pakistan to come to study, detained a Chinese international student girl in his campus room and indecently assaulted her.

The Chinese girl responding to an advertisement on Gumtree in 2012 met Muhammad at the Sydney University library.

When she was told that she would be working as an interviewee for Muhammad’s survey involving Japanese people, she agreed to discuss further in Muhammad’s room, where he would also show her a video.

While, showing the videos Muhammad indecently assaulted her without her consent even after being asked to stop. Muhammad said, ‘I am in need of this’. The girl fought off Muhammad by biting on his hand and kicking him.

Police believe Muhammad was responsible for at least one other sexual assault on a Japanese student, who left the country after her ordeal.

“None of these things are right or acceptable”, said Dr Yadu Singh.

“Universities and colleges must have a mandatory information session for international students to create a right, factual and balanced awareness of what is acceptable and what is not acceptable in Australia.

“Not only it will be good for students but it will also be good for universities and Australia generally.

Dr Singh called for better screening and random audits to ensure that only genuine students were allowed to come to study in Australia.

“It is crucial for the long term success of education industry in Australia, which is the 3rd most important money earner for Australia”, Dr Singh said.

More than 200,000 international students are enrolled in higher education institutions in Australia.

Monash University’s Dr Helen Forbes-Mewett told Fairfax that female international students were often targeted because they lacked social connections, and were reluctant to report sexual abuse due to fear, shame and humiliation.

Women from Indian background are considered especially vulnerable and less likely to report abuse for fear of being shunned by the community.

While, some Australian universities are riddled with claims of rampant sexual misbehaviour – becoming hotbed for sexual violence and assaults; Nair asked international students to speak up against abuse and report any unacceptable behaviour.

Universities believe there is room for improvement when it comes to universities’ sexual health programs that target overseas students.

As part of Universities Australia’s new Respect. Now. Always. campaign to reduce sexual violence, a survey will be rolled out in August this year, across Australia’s 39 universities to accurately measure the prevalence of sexual harassment and assault.

This survey will specially focus on international students – as one of the three groups considered to be most at risk.