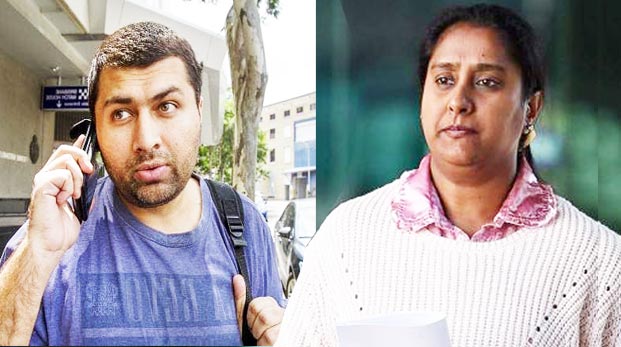 Not ‘fake’, arranging a valid marriage for Visa breaches s240 of the Migration Act 1958

Bharat Times readers are familiar with the story of Chetan Mohanlal Mashru and Divya Krishne Gowda – the couple who were sentenced to jail in February 2017 over 66 charges for organising 16 sham marriages between March 2011 and March 2012. Mashru was sentenced to four and a half years in jail and his wife Divya for one and half year in jail for running the fake marriages scam. Their arrangements were likened to Nine Network’s Married at First Sight which hooked Queensland brides to marry Indian men for money.

Earlier this year, in March 2018 Queensland Court of Appeal set aside all of convictions and acquitted Chetan Mashru and Divya Gowda on all charges ordering ‘re-trial’ on one count of arranging a marriage of convenience to achieve permanent residency for an Indian national.

The husband-wife team of migration agent and marriage celebrant, together, between March 2011 and March 2012 married 16 Brisbane brides off to Indian men as part of a “one-stop shop” for spousal visas, the Brisbane District Court heard during a fortnight-long trial, in early 2017.

The court had heard Mashru and Gowda wed couples – grooms who were seeking a citizen to help them stay in Australia and brides who would receive large payments, for the favour.

The court heard the case of young Indian student and taxi driver Pardeep Singh, who having failed to have his student visa extended, paid Mashru and Gowda $5000, allegedly, to marry “down with her luck” Josephine Haig.

Haig received a down-payment of $5000, Haig was promised $1000 a month over the two years, until Singh could apply for permanent residency (PR).

Upon their wedding conducted by Gowda; Singh and Haig were even advised on “how to make it look legitimate,” like setting up a joint back account.

Commonwealth prosecution barrister Greg Lynham told the court that apart from Singh and Haig wedding, another 15 weddings were carried out in 2011 and 2012, being “nothing more than a ruse to obtain a spousal visa”.

“(The townhouse) was no chapel of love,” Mr Lynham said.

“At the time the marriage documents were signed Josephine was not wearing a wedding dress, she had no bridesmaids, there were no vows or wedding rings exchanged, there was no kissing of the bride, no reception, no speeches.

“This was no genuine marriage. It was a sham.”

The court heard that Singh and Haig met on March 27, 2011 and were married the same day.

Mr Lynham told the court the pair had never seen each other before and the jury could be mistaken for thinking it was a television show similar to Nine Network’s Married at First Sight.

9Network reported Manjeet Singh, Mashru’s client, married 18-year-old Renee who was offered $600 upfront and $1,000 every month for a period of two years.

Renee told Nine News that she was struggling financially was enticed by the idea of earning money quickly after a friend introduced her to Chetan Mashru and Divya.

“She said, ‘don’t worry, you can’t get into trouble, they won’t find out,” said Renee.

Another Indian man, Ripan Thind, who wanted his visa extended told the court he paid his Australian wife and Chetan Mashru $35,000-40,000 for his fake marriage, so that he could stay in Australia.

When Thind contacted Mashru, a migration agent for extending his student visa, Thind was instead suggested a fake marriage.

Thind alleged he made a payment of $9,600 on the day and he and Alina Buza signed their marriage certificate. He told the court that he paid a total of up to 40,000 to his Australian wife Buza and Mashru.

Another Indian man Payyurayil sought Mashru’s help. Ms Rodgers who was in need of money and had heard from her sister of this scheme, agreed to participate. She was asked to bring her driver’s licence and birth certificate and meet Chetan Mashru and Divya Gowda.  Paperwork was rranged and Ms Rodgers was told that the ceremony would take place at her (Ms Rodger’s) house.

On the day Payyurayil and a friend arrived there at about midday.  Ms Rodgers’s sister was present to act as a witness.  Ms Rodgers told the court: “Ms Gowda arrived and then “came in and did the proceedings”.  Ms Gowda then “did the ceremony” which involved “the exchange of vows – wedding vows”.  Documents were then signed and the “whole thing” took “20 minutes, if that”.  She received $1,000 on the day.”

This was the only piece of evidence before the court where, as per Ms Rodgers’ evidence-in-chief, an actual marriage ceremony had taken place and that it involved the exchange of wedding vows. Although all this was purely for money and she (Ms Rodgers) received $1000 on the day

The marriage scam allegedly operated out of the couple’s Oxley townhouse, south of Brisbane, from March 2011 until March 2012. Over the 12 months, 16 Australian women and 15 Indian men were involved in the alleged scam.

Two sisters and a cousin were also among the so-called brides who were paid to be involved.

Many of the brides and grooms from the 16 marriages the couple organised, appeared in the court during the trial and testified as witnesses.

The jury returned a guilty verdict on Thursday, February 16, 2017.

Mashru has been sentenced to maximum four-and-a-half years in jail and his wife Divya will serve 18 months behind bars before being released on a three-year good behavior bond. Mashru will spend a minimum of two years and three months in jail.

Through their lawyers, Chetan and Divya contested their convictions for attempting to arrange a marriage for visas. Their argued that they did not contravene s 240(1) Migration Act 1958 (Cth).

(1)  A person must not arrange a marriage between other persons with the intention of assisting one of those other persons to get a stay visa by satisfying a criterion for the visa because of the marriage.

(2)  Subsection (1) applies whether or not the intention is achieved.

(3)  It is a defence to an offence against subsection (1) if the defendant proves that, although one purpose of the marriage was to assist a person to get a stay visa, the defendant believed on reasonable grounds that the marriage would result in a genuine and continuing marital relationship.

Note to readers: If a defendant wants to claim the defence in subsection (3), he/she bears a legal burden of providing the evidence of that defence.

Chetan and Divya argued that in the offence the reference to “marriage” was to a valid marriage under the Marriage Act 1961 (Cth) and as they had no intention to arrange a valid marriage no offence had been committed. The premise of their argument was that the core element of an offence under s 240 is the intention to help a person obtain a visa by satisfying a criterion for the visa because of the marriage, and this necessarily required an intention to create a valid marriage.

Two of the three judges of the court of Appeal of Supreme Court of Queenslad, Justice Catherine Holmes and Justice Philip D McMurdo accepted their argument, with Justice Anthe I Philippides dissenting.

The couple had allegedly operated a scheme by which they facilitated what they ostensibly claimed were marriages between foreign nationals and Australian citizens, with a view to the men obtaining visas to remain in Australia. That scenario occurred on 16 occasions during 2011 and 2012. They were ultimately charged with 16 counts of attempting to arrange a marriage, to assist the men concerned to obtain a stay visa by satisfying the criterion of the visa because of the marriage.

The evidence against the couple was that in 15 out 16 cases, the arrangements they had made did not even look like a marriage taking place; there was no ceremony or exchanging of vows (except one – the case of Mr Payyurayil and a Ms Rodgers). In all cases a certificate of marriage was issued which needed to be lodged as evidence of marriage for a spousal visa.

Apparently turning the tables on the prosecution, the couple brazenly argued on appeal that the bulk (at least 15) of the marriages they had arranged were not valid, and did not have legal effect as a marriage under the Marriage Act 1961 (Cth). And thus, they had not breached s 240(1).

Emphasising its view the court said, “On a proper interpretation of s 240 the fault element requires an intention to arrange a valid marriage”.

At trial, the prosecution’s case highlighted the couple’s dirty deals attempting to arrange ‘fake marriages’ (and not valid marriages) for the purposes of visas for their clients.

It was the court’s view that, whilst the prosecution did not have to prove that a valid marriage had resulted, it did have to establish, against each appellant, that he or she intended a valid (and not fake) marriage ought result.

On the sole evidence of Ms Rodgers where it appeared that the couple had performed the ceremony, a re-trial has been ordered.

This is a very unique case – where some would erroneously argue that arranging a ‘fake marriages’ for the purposes of visas has been declared to be not illegal. But a lot needs to be in place – how the charges are framed, what charges are framed and how the prosecution runs the trial before one could deduce what behaviour is or is not legal.

Anyone waiting for outcome of their case for permanent residency reading this piece, should seek professional, independent advice on their individual case.