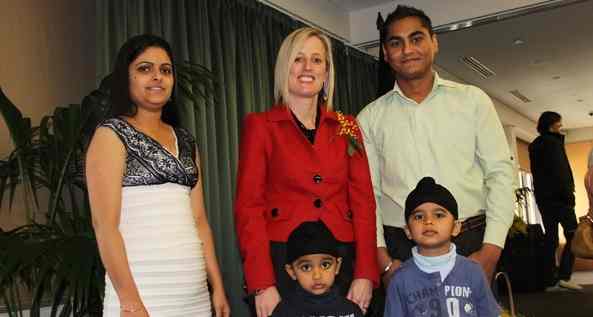 Melbourne, February 15: Migrants who plan to become Australian citizens may now be tested for their attitude to Australia values.

The scanning, proposed by Senator David Leyonhjelm, Liberal Democrat senator for NSW, is asking that the government introduce an “extreme vetting” test before immigrants to Australia can become citizens or receive welfare.

The radical plan of Senator Leyonhjelm is to be implemented through a set of 15 questions, which the Senator believes are coherent to assess an individual’s outlook to values that are inherently Australian.

Migrants will asked questions on women independence, pedophilia and circumcision.

“I believe we should apply extreme vetting to applicants for citizenship,” he told news.com.au.

He explained that it is citizens who elect a government and thus, it is very important to “determine what kind of society we create.

“We should therefore only grant citizenship, and the rights that come with it, to those who have contributed to and assimilated into our society, and who share our values.”

The proposal intends to weed out those who do not share core Australian values.

Senator Leyonhjelm has also proposed that state welfare be reserved for citizens only.

“Raising the bar on citizenship would lead to Australians being more accepting of immigration, particularly if access to welfare was reserved for citizens

“It would show that anyone arriving in Australia does not automatically become an Australian or gain access to taxpayer-funded services,” he told news.com.au.

In that scenario, the extreme vetting proposed by Senator Leyonhjelm could effectively become the check-post to welfare payments.

Australian Council of Social Services CEO Dr Cassandra Goldie told news.com.au: “A proposal that only citizens could be entitled to income support would likely be in breach of the right to social security and grossly undermines our social safety net”.

The ‘extreme vetting’ proposal is not intended to target any specific nationality or religion, but will govern all immigrants planning to take up Australian citizenship.

This vetting proposal however, may directly conflict values of people who are already Australian citizens.

In a submission to a parliamentary inquiry on the controversial Section 18C of the Racial Discrimination Act, Grand Mufti of Australia Ibrahim Abu Mohammed urged that 18C should be further “strengthened”.

This is in direct contrast to Senator Leyonhjelm and the Liberal right wingers’ demand to remove the words ‘offend’ and ‘insult’ from section 18C.

“Effectively that would mean Australia has a national blasphemy law because criticising someone’s religious beliefs in a way that offended them could breach the law,” Liberal Senator James Paterson had told The Australian.

It remains to be seen how Senator Leyonhjelm proposes to tackle these contrasting views of Australian citizens and whether the proposed questions in its current form becomes the manuscript for ‘extreme vetting’.

Are you Australian enough? Test yourself