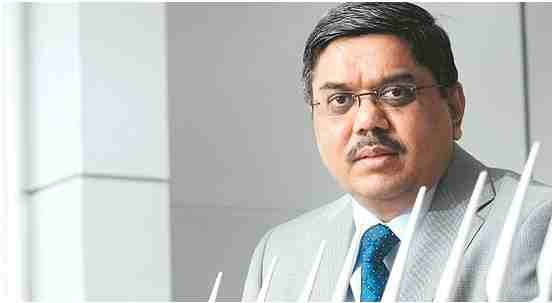 Melbourne, September 28: World leader in the wind turbine industry Tulsi Tanti has flagged a huge growth of renewables in Australia.

During his whirlwind tour of Australia, the founder chairman and managing director of Suzlon Energy, Mr Tanti identified Australia as a future wind turbine manufacturing hub.

He spoke of the huge potential of wind power in Australia in his keynote luncheon address on ‘Climate Change, Clean Energy and Australia India trade’ at the Annual Australia India address 2016.

Mr Tanti said there would be a US$5.86 trillion investment in renewable energy globally between 2014 and 2035 with wind expected to be the single largest source of investment representing 21 per cent of the total.

“Australia is ideally situated to benefit from this investment with the demand for electricity in this country expected to increase by two per cent each year over the next two decades,” he said.

Speaking at the event organized by the Australia India Business Council (AIBC) and held at the Melbourne Cricket Ground, Mr Tanti said renewable energy had made the transition from alternate to mainstream on the global stage and the opportunities for Australia were enormous.

“Wind and solar energy are growing at a rapid rate due to their cost competitiveness and the fact that they lower the carbon footprint,” he said.

“There are also the advantages of eliminating the price uncertainty associated with fossil fuels and the modular, scalable and low gestation period of renewable energy infrastructure.”

A champion for affordable and sustainable energy, Mr Tanti has been named a ‘Hero of the Environment’ by TIME magazine for his contribution to raising awareness and initiating action on global climate change.

As the world endeavours to meet the international climate goal of limiting global warming to 2°C, Mr Tanti confirmed that wind energy was expected to represent up to 40 per cent of the Australia’s renewable energy mix by 2020.

More than 8000 MW of wind energy installations are currently in the development pipeline.

He said Suzlon Group was committed to helping Australia make the transition to a low carbon economy and fulfilling its COP21 (Paris Agreement on climate change) commitment.

The Australian Government has set a renewable energy target (RET) of 33,000 GWh by 2020 meaning about 23.5 per cent of the nation’s electricity generation will be from renewable sources by 2020.

Suzlon Group, one of the leading renewable energy solutions providers in the world, contributes 764 MW of wind energy installations with 400 turbines; delivering power to almost 4 million households – about 25 per cent off the Australian market.