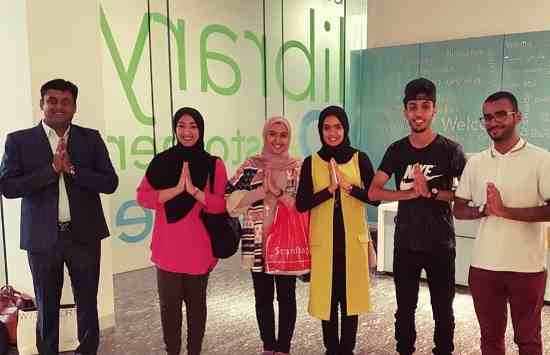 Melbourne, September 19: Australia leads the way in the campaign for Modi for General Election 2019; while wishing Prime Minister of India Narendra Modi on his 66th birthday.

The Indian diaspora in Melbourne and Brisbane along with hundreds of enthusiastic supporters celebrated it by launching the Modi Supporters Australia Inc in Victoria, Saturday.

The Victorian chapter, launched in Werribbee, highlighted its single point agenda to see Narendra Modi as PM of India in 2019 and has launched the trending slogan #MODIfor2019.

The launch started through traditional lighting of lamp and prayers for Narendra Modi’s long and healthy life followed by soulful singing of Sanskrit hymns.

“Respect, Equality, Diversity and Inclusion is lacking in most political parties, Organisations and their “friends” which are further dividing the Indian diaspora overseas.

“There is a lot to learn from India’s new age Prime Minister Sh. Narendra Modi Ji – especially his vision and his style to achieve.

“Modi Supporters Australia is neither associated with any political party or their fans & friends – it is an amalgamation of the hitherto unknown talent from the same team that ran Modi Express in the Australia November of 2014” said Kunal Mehta in his welcome remarks in Melbourne.

Akashika Mohla from Brisbane said that “PM Modi’s long efforts to restore India to be the ‘Sone Ki Chidiya’ of our times are evident amidst Global Economic turmoil”.

US Banking Group Citi thesis declared that India will be the world’s largest economy by 2050. Indian GDP in 2050 measured by purchasing power parity (PPP) will be $85.97 trillion.

“India is the solitaire of the Asian Century. Today, India is stronger because of Narendra Modi Ji’s leadership.

“During his visit for G20 in 2014, I asked for NRI voting rights, he fulfilled that for all.

“I want to vote for Modi Ji to be PM of India again in 2019. With Modi Supporters Australia, I want to be sure that we as Indians Overseas, together work towards one brand India.

“In Australia, India’s image is deteriorating due to negative influence of other fans and friends, creating disparity and division in the realms of personal interests. We hope we can provide one umbrella educating institution to assist with 2019 elections, for me it will be #Modifor2019,” said Nirav Tripathi.

“Our agenda is merely to spread Oneness in true spirit of friendship as ‘One India’ as we see through Modi Ji’s eyes. He spread wings of friendships with foes and has made the whole country proud.

“In this era of global economic slowdown, Modi Ji has sustained India to be the global hot-spot for trade, tourism, education and a country that respects women & families. We need to surround ourselves with likeminded people who actually care- who give buoyancy and work with you for One goal, One Vision – India- like Modi Ji,” said Shivesh Pandey, media co-ordinator, MSG.

“I like #MODIfor2019 slogan which highlights the organisations single point motto to have Modi Ji relected as PM of India in 2019,” said Prajesh Goswami in his vote of thanks.

PM Modi’s birthday was celebrated with honouring the connoisseur; through poetry to pageantry and smiles of oneness with the dynamic, diverse, innovative and tolerant team in Melbourne, Sydney and Brisbane; who remain proud of slogan gift #Modifor2019 and its single point agenda.