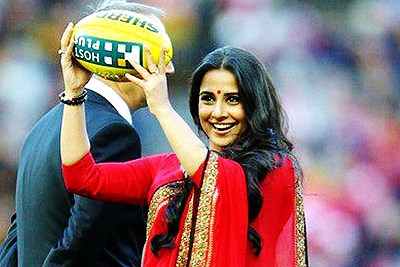 To be hosted in August with “Women’s Empowerment” as its unifying theme, this year’s festival explores the richness of contemporary cinema from India and the sub-continent, featuring films spanning Bollywood box-office hits to documentaries and art-house festival favourites.

The festival will also host the third edition of the annual Indian Film Festival of Melbourne Awards.

The opening week coincides with the Indian Independence Day celebrations and will be commemorated with recognition of excellence in India’s film culture.

Celebrations will include the raising of the Indian flag on Saturday 13 August at Federation Square by Bollywood veteran Rishi Kapoor, followed by the Telstra Bollywood Dance Competition judged by actresses Richa Chadda, Shakun Batra and Malaika Arora Khan.

Festival Director Mitu Bhowmick- Lange talking about this year’s program said that it be a world-class program “overflowing with gala events, master classes with India’s leading film figures and over 50 films screenings in 17 languages across multiple Melbourne venues.

“We invite audiences to join us for a eleven day journey into India and the sub continent’s extraordinary worlds.”

“It honours our vibrant local Indian community, and illustrates how the voices of all communities help to build Victoria’s reputation as the creative state”, he said.

Last year, over 35,000 people took part in the festival and this year’s program is shaping up to be even better, according to Mr Foley.

“The Victorian Government is proud to support IFFM as part of Creative State, our $115 million strategy to strengthen Victoria’s creative industries and cultural offering.”

Apart from the IFFM ambassador, Vidya Balan, this year’s festival is set to host Bollywood legend Rishi Kapoor, who over the last forty years has played the romantic lead in over 90 films, from the super-hit Bobby in 1973 to his most recent turn in Kapoor and Sons.

Rishi Kapoor has also been in the news lately for his outspoken and sometimes ‘erratic’ views from politics to the female-body image.

IFFM kicks off at Hoyts Melbourne Central on August 11, with Parched – a contemporary melodrama set in an isolated north Indian village where long upheld customs are slowly evolving.

Parched has taken the international film festival circuit by storm, winning the prestigious IMPACT Award at Stockholm, Audience and Best Actress award at The Indian Film Festival of Los Angeles and more.

“Parched is my reaction to a misogynistic society that treats women as objects of sex, where their greatest role is to serve men. Giving my women characters a voice that observes, absorbs and reacts was what drove me to write this drama about ordinary women who are driven to extraordinary ends,” said director Leena Yadav, who is an IFFM Festival Guest.

Lead actress Radhika Apte will also be in attendance.

IFFM which was established in 2012 as an initiative of the Victorian Government will run from Thursday 11 August to Sunday 21 August at various locations including Hoyts Melbourne Central, Hoyts Highpoint, Federation Square and Melbourne Recital Centre.

The “Women’s Empowerment” segment – as a special focus on this year’s theme will present new and classic films based around the theme, including the opening and closing night films Parched and Angry Indian Goddesses.

Festival director Mitu Bhowmick Lange said, “This theme was an obvious choice for us with so many of this year’s films portraying strong and vibrant female characters, while female directors turn the focus on inequality and liberation”.

The Westpac IFFM Awards winners will be announced at a red carpet gala event on 12 August at the Melbourne Recital Centre.

Other highlights of the festival is the world premiere of Ashutosh Gowariker’s epic adventure-romance Mohenjo Daro starring Hrithik Roshan and Pooja Hedge, set in the ancient city of Mohenjo Daro in the era of the Indus Valley civilisation; and the Australian premiere of Anu Menon’s comedy drama Waiting, about the relationship between two people from very different walks of life who befriend one another in hospital.

As its closing film on Aug 21, IFFM will host the Victorian premiere of Angry Indian Goddesses with key cast in attendance. Directed by Pan Nalin, the film follows a riotous weekend in Goa experienced by a bride-to-be and her best female friends.