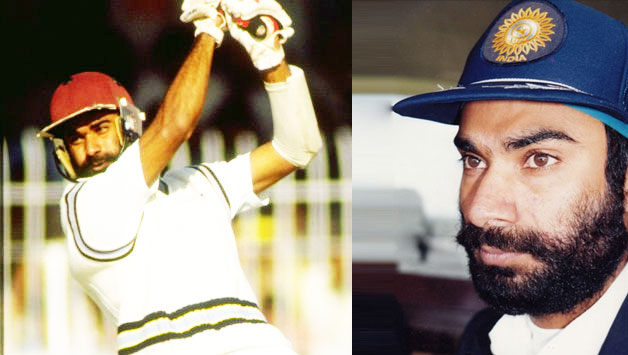 Cricketer Navjot Sidhu may be jailed for 12 months

Navjot Singh Sidhu, who is the tourism minister in the Amarinder Singh government in Punjab, had allegedly hit a 65-year-old man on the head during an argument over the parking of a car in December 1988.

Former Indian cricket player Najot Sidhu may be facing a real possibility of spending some time behind bars. Navjot Sidhu, who is the tourism minister in the Amarinder Singh government in Punjab, had allegedly hit a 65-year-old man on the head during an argument over the parking of a car in a busy corporate area of Patiala in Punjab (India) in December 1988. The man was taken to hospital and later died.

In a long and winded court battle ever since, Sidhu has been followed by this incident. And with Sidhu entering politics, the case has been taking (political) turns (read ups and downs) with different parties coming to power and Sidhu changing his allegiances from time to time.

And he thought he had been forgiven by the Almighty and given final relief – when in May this year, the Supreme Court of India – acquitted him of all other charges and only charged him under IPC Section 323 which says:
323. Punishment for voluntarily causing hurt.—Whoever, except in the case provided for by section 334, voluntarily causes hurt, shall be punished with imprisonment of either description for a term which may extend to one year, or with fine which may extend to one thousand rupees, or with both.

Under Section 334, the accused can claim if circumstances permit the defence of reacting to grave and sudden provocation, without intention or knowledge and the punishment is fine of five hundred rupees or one month jail or both.

And when Sidhu was convicted under Section 323, his political career was rendered absolutely safe. Under India’s People’s Representation Act 1951, for a politician, his/her political career is over if he/she is imprisoned for two years or more. Once Sidhu was acquitted of all other charges and convicted only under Section 323, his political rivals would have lost sleep. This section has a maximum period of imprisonment of only twelve months.

No wonder Sidhu celebrated pouring his heart out in May when the Supreme Court of India delivered its verdict and only fined him Rs 1000/-.

If you read various judgements delivered in the case over the past three decades, the detailed evidence – the medico-legal experts’ opinions, one would be perplexed at such a lenient sentence by India’s apex court.

But that was the view Justice Chelameswar, leading the bench took. To many, it stank though.

And now, using one of its rarest powers to review its own decision, the Supreme Court has admitted a petition to review its May decision and sent a show cause notice to Sidhu asking why it would not be appropriate for him to face a harsher punishment.