Skip to content
You are here
Home > Comment > Triumph for Trump: Thumbs Up for being politically incorrect 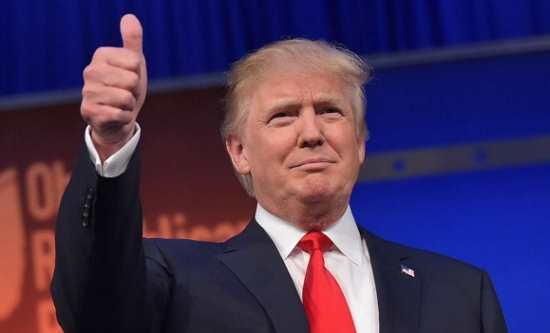 With Trump rolling in as President-elect, American voters have turned President Barack Obama’s expectation of a preference for wisdom and decency in the presidential poll upside down, writes Amulya Ganguli

Instead, the electorate’s choice has been for a person whose negative aspects range from racism to misogyny to vulgarity.

If Donald Trump has nevertheless been preferred for all his seemingly glaring faults, the reason has to be much deeper than an intense dislike for “crooked” Hillary Clinton, who has also been dubbed a “criminal” by Trump.

Considering how Trump had no hesitation in calling Mexican immigrants rapists and had an African-American dissenter thrown out of one of his rallies, it is obvious that he deliberately chose to be politically incorrect in order to appeal to what can be called the base instincts of the voters.

Instead of displaying “wisdom” about, for instance, global warming, or reinforcing the standard aversion towards the nuclear or the so-called “doomsday” weapons, he appealed to the chauvinistic, anti-foreigner mindset of the American public by blaming China for the production of greenhouse gases and asking his policy advisers to explain why the Bomb cannot be used although the US has any number of them.

He also exploited the same inward-looking attitude by accusing China as well as India of stealing jobs from America.

Hence, his rejection of the phenomenon of globalization; which also drove the Brexit voters in Britain and the threat to do away with trade treaties unless they favour the US.

Trump reflects, therefore, the upsurge of Right-wing demagoguery which has little time for diplomatic niceties not only in the matter of relations between nations, but also about the relations between different racial groups.

The people in Trump’s camp have been dismissive of the charge of the support extended to him by the white supremacist Ku Klux Klan, arguing that the latter are a minuscule group of little consequence.

But the fact that Trump represents the traditionally insular WASP (white Anglo-Saxon Protestant) factor is undeniable.

It has been argued that his support base comprises the largely uneducated white middle class which has borne the brunt of the loss of jobs in America because of the preference of the corporate giants for “outsourcing”.

By this token, large sections of the electorate – the liberal, educated whites, the blacks, the Hispanics – were supposed to be against Trump.

The same was expected to be true of women because of his risque “locker-room” banter about his success in “groping” them because of his wealth and stature.

And, yet, despite this formidable line-up of social groups which were expected to root for Hillary Clinton, the putative “outsider” in the Republican camp has now become the most powerful Insider to the dismay of liberals all over the world.

Evidently, an appeal to the gut instincts of chauvinism – both in terms of male and national superiority – pays and so does the typical exhortation of the unabashed rabble-rouser about his ability to set everything right by remoulding the existing “rotten” system – something which the communists also used to say at one time.

In contrast to Trump’s bombast, Hillary came through as the supine creature of the “system”, beholden to Wall Street, with her ubiquitous emails on a private server, who was not a “natural” politician, as she admitted, like her husband and Obama.

To deflate Trump’s pretentious bluster which had little substance, Hillary had to articulate a vision which highlighted the dangers of the uninhibited consumerism advocated by a businessman (who doesn’t file tax returns) because of the perilous environmental consequences.

Perhaps the professorial “Leftist”, Bernie Sanders, might have been a better foil for the hectoring Rightist.

But The Donald has not only proved Obama wrong about the innate American intelligence and niceness, but has also shown his own Republican Party – some of whose members called him “nuts” – that he is indeed a “genius”, as former New York mayor Rudy Guiliani said for the dexterity with which Trump avoided paying taxes.

It is on the cards, therefore, that in the process of making America great again, as Trump has pledged, he will remake the Republican Party by taking it further to the Right with regard to abortion, tax cuts for the rich and gun control.

On the other hand, the rest of the world – at least those in favour of a nuanced, sophisticated approach to problems – will be on tenterhooks about the bull in the china shop with Beijing wondering whether its own smug arrogance has at last met its match.

At the same time, Rightist parties like the National Front in France and Alternative for Germany (Alternative fur Deutschland) are likely to see in Trump’s victory an omen in favour of their own success in the coming elections.

In India, there are elements in the saffron camp who have a liking for Trump because of his anti-terror and anti-Muslim stance. As a result, they will expect the US under Trump to take Pakistan to task with greater vigour than what the Democrats did.

On the domestic front, however, Narendra Modi’s policy of “sabka saath, sabka vikas” is a far cry from Trump’s blinkered white, Christian sectarianism.

(Amulya Ganguli is a political analyst. The views expressed are personal.)