Skip to content
You are here
Home > Comment > O boy, it is so fashionable to pulverize 18C to champion ‘Free Speech’ 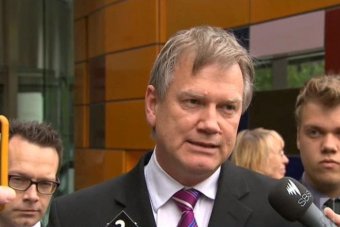 Melbourne, September 5: “What is freedom of expression? Without the freedom to offend, it ceases to exist,” said Salman Rushdie.

And the protagonists of ‘Kill 18C’ in Australia seem to have adopted it as their chief weapon of attack.

The debate around free speech has centered on repeal of Section 18C of the Racial Discrimination Act 1975; introduced in 1995 by the then Keating government to protect minorities from being attacked on the basis of race, colour or national or ethnic origin.

Calling Bolt! Noteworthy – in order to preserve freedom of speech and expression of opinion, legal exceptions or exemptions were built into the measures under section 18D.

Section 18C is not about Andrew Bolt – the dissimilitude

The very first test of the Act sprang into public consciousness when Andrew Bolt, Herald Sun columnist was sued by Aboriginal woman Pat Eatock – for having violated Section 18C.

Bolt had written two articles and two blogs for the Herald Sun – print and online in 2009. In the print articles:

Bolt wrote about a certain ‘trend’ in which some ‘fair-skinned’ Australians were claiming to be “Aboriginal” and said that their “self-identification as Aboriginal” struck him as “self-obsessed, and driven more by politics than by any racial reality”.

Bolt named Pat Eatock and others being people in that ‘trend’, questioning both their ‘Aboriginality’ and their decision to identify themselves as ‘Aboriginal’.

Bolt also alleged that some of them had ‘chosen to claim to be Aboriginal’ for a purpose – to gain an advantage for themselves.

Bolt was clearly exhorting readers to think that government policies put in place to help the really needy aborigines, were delivering spoils and riches to these fair-skinned people – who had already made it in their lives, allegedly at times as a direct result of such people making the choice of self-identifying as Aboriginal.

Bolt argued he was merely expressing an opinion on what was happening around him and by doing so he was only exercising his right to free speech.

What Bolt knew or ought to have known: validity of his exercise of the right to free speech could be tested not only in light of express (Defamation and other Statute and case law) or implied restrictions, exemptions or exceptions but also depended on the veracity of the factual edifice he had built to argue his case.

Right to free speech was upheld yet, much to the chagrin of Bolt, he was found to be in breach of Section 18C, unable to prove the facts he had used to argue his opinion in those articles.

In other words – Bolt had made factual errors – many claims he had made were not true.

All of the people named in Bolt’s articles were found to be indeed of Aboriginal descent, according to the accepted definition of an Aboriginal person in Australia.

And Bolt conceded in court that they all met the definition of being Aboriginal, both before and at the time of writing those articles.

Bolt’s right to make a comment or express an opinion could not reside on untruths, misrepresentation or exaggeration.

Although Bolt’s soldiers are fighting for culling of Section 18C claiming the “law allowed the judge to not like the tone taken by Bolt”, I believe – if Bolt had not suffered from errors of fact and distortions of the truth, the ‘tone’ alone could not have driven Pat Eatock home.

In that case, the potential hurt those articles carried would have accentuated its incarnation in truth; and the sting, no matter how inflammatory or provocative, when domiciled in truth; is perceived by most as benign rather than malignant.

And thus it would have been a welcome ‘weapon’ to the free speech brigade.

“I have not been satisfied that the offensive conduct that I have found occurred, is exempted from unlawfulness by section 18D.  The reasons for that conclusion have to do with the manner in which the articles were written, including that they contained errors of fact, distortions of the truth and inflammatory and provocative language”.

For Section 18D to be available, the conduct has to be ‘reasonably and in good faith’ and Bolt’s errors of fact, distortions of the truth did not meet those grounds in court.

Completely mindful of potential wrong constructions by the spin-doctors on the right, the judge was very circumspect in clarifying the legal position under Section 18C.

…“it is important that nothing should suggest that it is unlawful for a publication to deal with racial identification, including by challenging the genuineness of the identification of a group of people.

“I have found a contravention of the Racial Discrimination Act because of the manner in which that subject matter was dealt with.”

Right to Free Speech – was never an issue

Yet, Bolt in his typical style outside the court on the day of the judgment, said it was “a terrible day for free speech in this country”.

“It is particularly a restriction on the freedom of all Australians to discuss multiculturalism and how people identify themselves,” he said.

“…Two of my own articles were banned by the Federal Court for being too upsetting..”.

It is a real tragedy that such a stalwart in public debate – who has made tremendous contribution to Australian society’s polity, continues to paddle those inaccuracies.

The real test case on Section 18C in my view is going to be Cynthia (Cindy) Prior vs Queensland University of Technology (QUT) & Others.

Cynthia Prior, an Aboriginal staffer is suing QUT & others under section 18C for $247,570.52 in lost wages and general damages, plus future economic losses.

She alleges three white students who, after having been turned away from a computer lab (Oodgeroo Unit) – “an indigenous space for Aboriginal and Torres Strait students”, posted ‘offensive’ comments on Facebook and thus breached Section 18C.

Important to mention, Cindy Prior was not named in any of the posts.

Not having read the court files, relying only on what is reported in the media – if accurate; I believe Cindy Prior’s claim against the students (if any) should fail.

Section 18D should be sufficient protection to the students who were free to comment on a government / University policy, the way they did, without committing themselves to the litany of errors Andrew Bolt had in his articles.

Her claim against the university may have some merit depending on employment conditions guaranteed to her and QUT’s role as her employer.

Currently reserved, the judgment, I believe will offer some real analysis on the malignancy, if any, of Section 18C and thus its cure.

In the meantime, pack your egos in the national interest and embrace the truth – Section 18C does not endanger free speech.

Fine-tuning laws is an evolutionary process but asking for the right to “offend” or “insult” is not and should not be part of it!

(Dinesh Malhotra is the founding editor of Bharat Times, Melbourne. He is also a qualified lawyer.)