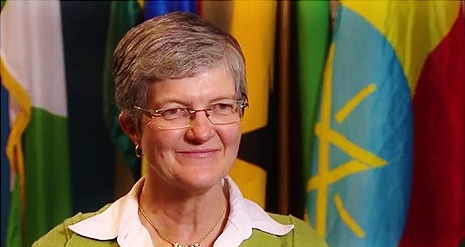 It’s estimated that in 2050 the world population will reach nine billion. The question is, will we be able to sufficiently feed everyone based on the world’s current methods of food production?

Not without making considerable changes, says Dr Robyn Alders from the University of Sydney, who will be speaking at the Australian Veterinary Association (AVA) Annual Conference next week about the declining resilience of our food systems and actions we can take now to improve food security.

“Humanity is at a crossroads as we seek to deliver optimal and sustainable diets for 9 billion people by 2050.

“Delivering sufficient, safe, ethical and nutritious food in a sustainable manner to meet the requirements of future generations is one of the world’s greatest challenges. Veterinarians are playing a crucial role in trying to address this problem as we explore the link between disease and food security,” she said.

According to Dr Alders, the emergence of new infectious diseases is increasing and coming at a huge cost – the loss of human and animal lives as well as compromising our food security.

“The unprecedented loss of biodiversity, climate change, globalisation and urbanisation can, to some extent, be attributed to human activity and they’ve all had a direct impact on the emergence of new infectious diseases that are threatening our food systems.

“For example, the Highly Pathogenic Asian Avian Influenza A (H5N1) pandemic resulted in millions of poultry being killed or slaughtered to control the spread of the disease. Over 50 million domestic birds were slaughtered in Vietnam alone due to H5N1 infection and widespread culling of family poultry affected vulnerable families whose livelihood relies on poultry.

Economic losses in the South East Asia region have totalled around US $10 billion which has had both direct and indirect effects on food security,” Dr Alders said.

Dr Alders also highlights the link between our food systems and more recent infectious diseases including Ebola and SARS and even antimicrobial-resistant bacteria.

She believes that veterinarians provide a key link between primary producers, food retailers and environmental scientists to facilitate the sustainable and ethical production of animal-source foods.

She questions the efficacy of increase of our agricultural production in the past two decades; while malnutrition continues to be a significant problem in developing countries and dense and over-nutrition becoming a major issue globally.

“If we are going to adequately and sustainably nourish nine billion people by 2050, we need to take direct action from the level of the soil to the plate.

“Improvements to human, animal and environmental health will come through the production of sustainable, nutritious and safe food delivered with minimal waste.”

The AVA Annual Conference is being held 22-27 May at the Adelaide Convention Centre.