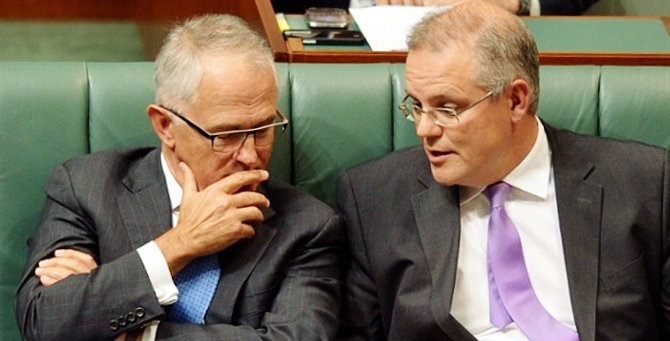 The strong argument that negative gearing is a tax rort doesn’t seem to get traction in election campaigns and Labor will struggle to sell this idea, believes Dr Nick Economou.

For most of the period he has been Liberal prime minister, Malcolm Turnbull has been giving the impression of a leader who lacked political acumen.

His party room appeared to be in ferment in the aftermath of the fall of former leader Tony Abbott, and his ministers embarked on long and seemingly directionless musings on policy.

The treasurer, Scott Morrison, appeared to be particularly affected by this approach. Accordingly, as the budget deadline loomed the government canvassed everything from raising the GST to altering negative gearing on investment properties against a backdrop of concern about a rising deficit.

This debate was having a negative impact on the government’s standing in the polls, not the least because an impression was forming that the first Turnbull budget might be really tough along the lines of the hard-line budget put together in 2014 by Tony Abbott in the days when the Liberal party’s ultra-conservatives were running the show.

Malcolm Turnbull, however, is no Tony Abbott and as the deadline for calling a double dissolution election loomed, all references to nasties like a GST rise and the removal of negative gearing were dropped.

Instead, the Turnbull government’s first budget has turned out to be a well-crafted political document in that it gives the impression of being benign while at the same time replacing the Hobbesian critique of human behaviour that underpinned the Abbott approach (with such bon mots as the age of entitlement is over) with a much more optimistic liberal rhetorical flourish about the need for enlightenment, progress and prosperity.

The budget’s very moderate objectives and minimalist changes (some of which, like the changes to the tax concessions for higher income earners directing money in to superannuation, had been advocated by Labor in opposition) represent a quite clever balance as the government seeks to reconcile demands for fundamental reform coming from economics commentators on the one hand and the limit swinging voters have in their tolerance for change on the other.

Whatever its economic merits, Scott Morrison’s first budget is an excellent political effort and should set the Turnbull government up for an election victory on 2 July.

The minimalism in its attempt to change things re-enforces the motif of moderation that Malcolm Turnbull’s leadership has been all about. This is important not so much for dealing with the residual support for Tony Abbott amongst the ultra-conservatives in his party room.

Rather, the tactic is to force the Labor party to appear to be the reckless reformers.

In this approach Labor will doubtlessly contribute to its own demise. It has already attached itself to a commitment to altering the negative gearing arrangements that so irk the political left.

The problem here is that in seeking to highlight the inequities of negative gearing, Labor and its supporters run the risk of being dismissed as indulging in the politics of class envy.

Labor’s problem here is that it does not seem to grasp that swinging voters in particular see concessions such as negative gearing as something they would aspire to if only they could get the money to do it.

The strong argument that negative gearing is a tax rort doesn’t seem to get traction in election campaigns. Labor will struggle to sell this idea.

Labor also seems incapable of receiving the messages sent to it by the electorate in the 2013 landslide defeat. As a result, Labor continues to project climate change as an important issue, and proposes to return to the policy process to try to attain emissions reductions that the scientific world advocates as minimum bench-marks.

As cerebral as all this is, the problem for Labor is that the politics of climate change have caused nothing but damage to Labor in particular.

In short, everything Labor has tried to do on this issue has resulted in total and abject failure and left a wake of damaged political careers culminating in the landslide defeat in 2013.

Almost unbelievably given the damage it did to Kevin Rudd and Julia Gillard, Bill Shorten proposes yet again to put climate change right up there on Labor’s election manifesto. His declaration that no government he leads would bring in a carbon tax sounds eerily like Julia Gillard’s statement ahead of the 2010 election.

Climate change is emerging as Labor’s blind spot, and the Coalition will exploit it for all it is worth.

Now that its budget is in place and a more moderate liberal rationale for its policy aspirations has been articulated, the Coalition is now ready to tackle the July 2 election and would probably feel reasonably confident about the outcome.

Given the way it was bumbling around in its first few months, the formulation of this budget and the message it seeks to send has been quite deft. The government has even cherry picked some Labor ideas, leaving the opposition to try to allege that health and education have been under-funded and going on yet again about the need for a climate change policy.

As things stand at the moment, the budget does not alter the prospect of the Coalition being the favourites to win the election.