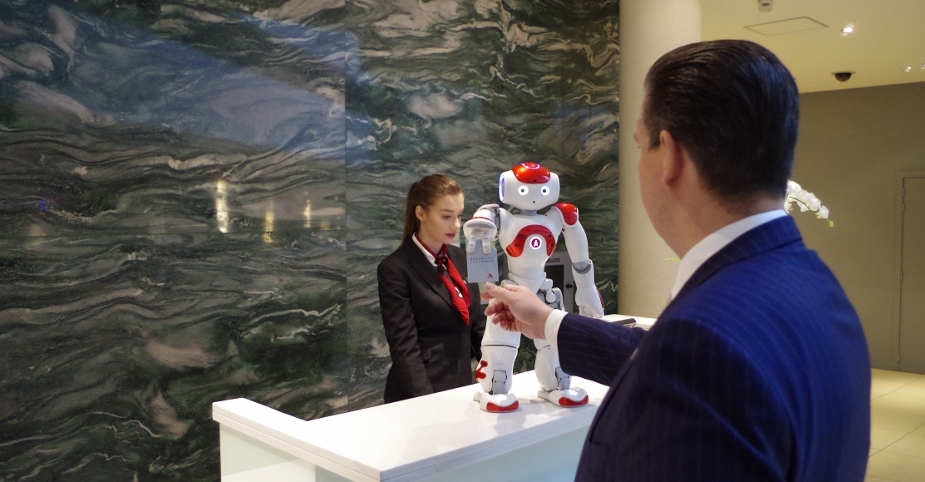 Australian travellers are divided on how much a robot could add to the holiday experience, according to a global study by travel deals company Travelzoo.

The study reveals that two thirds of Australians are open to the idea of a robot working in roles such as a receptionist in a hotel, however almost half admitted they find robots quite frightening.

The Travelzoo Future of Travel project includes a poll of over 6,000 people in Asia, Europe, North America, South America and Australia to understand if consumers are ready for robots and artificial intelligence to play a major role in travel and hospitality.

Robots are already being used in many international hotel chains such as Marriot International, Holiday Inn and Hilton and some cruise lines have put robot bartenders and guides into their ships.

Industry reports cite the total spend on robots will exceed USD40 billion by 2020, with Asian countries Japan, South Korea and China leading the market in both spend and development.

As a global average the Travelzoo research reveals nearly 80% of consumers expect robots to play a big part in their lives before 2020, with three quarters believing they will make their lives significantly better. Almost two thirds are comfortable with robots being used in the travel industry.

In Australia opinions were mixed:

Those in the Australian pro-robot camp highlight

Chinese respondents by contrast prefer their robots to look human – with 76% saying they prefer this.

Commenting on the survey findings, Cemlyn Jones, said, “Right now is a very exciting moment in the history of the travel industry – ground breaking technology is revolutionizing what is possible from the perspective of customer service, entertainment and personalization.

“It is fascinating to see some cultural stereotypes emerge from the research into global acceptance of robots.

“The UK and Australian participants worry the most about humour and irony being lost on robots, and the French and Spanish are completely un-accepting about replacing their waiters with robots – even if a human waiter is much less efficient than a robot!”

While the advent of technology such as robot butlers and bartenders is hugely exciting, the research also concludes that consumers from all markets, see the combination of robots and humans working in tandem in customer-facing roles in travel.