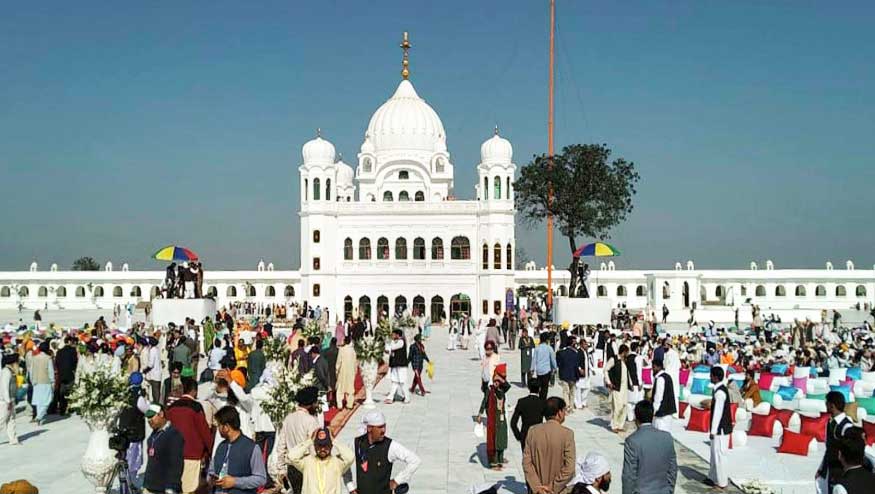 It was the pious occasion of 550th Birth Anniversary of Shri Guru Nanak Dev Ji and the whole world had been waiting for this momentous day for quite some time. And if celebrations are any indication, the whole world participated in celebrating the occasion, not just people of Sikh faith. Wherever the Indians have settled in the world, far and wide, be it America, Canada, Australia, the UK, France, Belgium only to name a few of the big ones, people living in Greece, Italy, Scandinavia, even the places like Estonia, the occasion moved the hearts and minds of everyone – such is the pious power of Shri Guru Nanak Dev Ji.

In India – the celebrations were everywhere but the government of Punjab especially focused on Sultanpur
Lodhi, where Shri Guru Nanak Dev Ji spend most of his time – preaching the world of inner goodness – of ‘Tera Tera’ and the ideals of Grihast or worldly life.

It was here at Sultanpur Lodhi Shri Guru nanak Dev Ji spent over 14 years and attained enlightenment, and took a holy dip in ‘Kali Bayein’ (rivulet).

It is believed that Guru Nanak Dev used to take bath in the ‘Kali Bayein’ and then meditate under a ‘Ber’ tree. That holy place is now know as the historic Gurudwara Sri Ber Sahib’.

Captain Amarinder Singh, Chief Minister of Punjab led the arrangements for the celebrations and the occasion demanded that the biggest and the high and the mighty of today’s India come and join the celebrations. And so they did make the time to be there to pay obeisance to the world guru, founder of Sikh faith. The President of India Ram Nath Kovind, Prime Minister Narendra Modi, Punjab Governor V P Singh Badnore and the Home Minister Amit Shah were among the dignitaries to partake in the celebrations and pay tribute to the good work Shri Guru Nanak Dev Ji left behind as teachings for the world to follow.

Such was the miraculous feel of the occasion, all over the country wherever Gurudwara are situated, the whole humanity seemed immersed in religious fervor. In Northern   India, in Punjab, Darbar Sahib at Dera Baba Nanak in Gurdaspur, the Golden Temple in Amritsar and Nada Sahib in Haryana’s Panchkula were equally crowded as people of different faiths thronged gurdwaras to offer prayers.

The diaspora – all over the world had also made arrangements for celebrations and some had very special dignitaries joining them. S. Charanjit Singh Channi, a minister in the Punjab cabinet under Captain Amarinder Singh was a special guest at the celebrations organised in Dubai.

Prime Minister Narendra Modi had participated in the arrangements being made for the occasion in Thailand by the Indian diaspora there. On the day of course he was  in India and joined Captain Amarinder Singh at Sultanpur Lodhi.

Novjot Singh Sidhu’s much hyped participation in the festive celebrations remained some what low key. Sidhu and Capt have not been seeing eye to eye, especially when Sidhu’s road rage case suddenly gained prominence when he sought state’s top job.

Doing the Australian politicians’ bit, former Prime Minister Tony Abbott threw a very pleasant surprise by taking time to visit the Golden Temple in Amritsar, as part of the celebrations. Wearing a turban, Mr. Abbott joined a large community feast and took part in Langar there. Mr. Abbott could be seen sitting bare feet in the Langar queue and eating from the thali like millions of other humble devotees.

He was also seen standing alongside a long sink, helping to wash up with devotees.

Mr. Abbott, who is a devout Catholic, told reporters he was pleased to know the Sikh community were welcoming to people of all faiths.

‘I am myself a proud Catholic, but it is an honour to pay tribute to the One God, to pray to the One God in this wonderful place that has been sanctified by so many hundreds of years of worship’ , the former Prime Minister said.

There were also big celebrations at Nankana Sahib in Pakistan, the birth place of Shri Guru Nanak Dev Ji. Imran Khan, Prime Minister of Pakistan released a commemorative coin on the occasion.

Both India and Pakistan worked tirelessly and opened the Kartarpur corridor allowing pilgrims from India to visit Nankana Sahib visa free and pay their obeisance to the holy place.