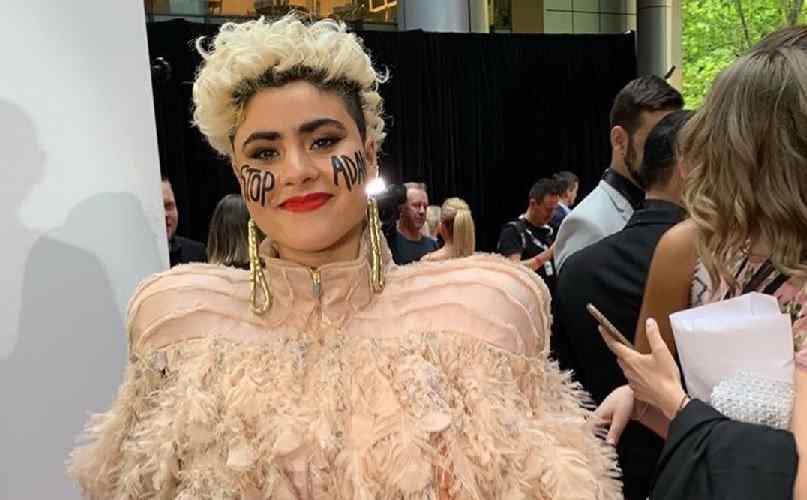 ‘Strike 4 Climate Action’ brings thousands of students together across Australia

Melbourne, December 1: Thousands of schoolchildren across Australia walked out of class on Friday, to demand action by the federal government on climate change.

The Adani project is being perceived a major contribution to the ‘climate change inaction’ and has been fiercely opposed by environmental groups for quite some time, who have argued that the thermal coal to be extracted from the mine will contribute to global warming.

They also argue it will have a devastating impact on the local water table.

More than a thousand primary and secondary students marched through the streets in Melbourne, bringing traffic to a standstill.

On Friday, the resources minister Matt Canavan said he would prefer students to learn about mining and science.

“These are the type of things that excite young children and we should be great at it as a nation,” he told 2GB radio. “The best thing you’ll learn about going to a protest is how to join the dole queue.”

However, students ignored not only his message but also prime minister, Scott Morrison, who earlier in the week had urged students not to take part and told them to be “less activist”.

In Sydney, student Jean Hinchliffe, 14, took to the stage and told her fellow students the protest was just getting started.

“This is our first strike,” she said. “Our first action. And it is just the beginning. And we’ll keep doing it until something is done.”

“We’ve been taught what it means to be a leader. You have to think about other people.

The noise was deafening as students chanted and sang along to a rendition of Stand By Me.

Earlier in the week, hundreds of students from Canberra lined up outside Parliament House, waited on the lawns and met MPs from the Greens and Labor as well as independents.

On Tuesday, the Senate also approved a motion to support the students, moved by Steele-John and fellow Greens senator Mehreen Faruqi.

Other students around the world have also posted messages of support on social media.

On another platform, celebrities were making a statement.

At the 2018 ARIA Awards at Sydney’s The Star, it was local singer Montaigne, sweeping onto Wednesday’s red carpet in an astonishing high-fashion-political statement.

Meanwhile, mining giant Adani is set to self-finance the entire cost of its controversial Queensland coal mine project mine, with works ‘imminent’.

The project had struggled to get off-ground after difficulty in attracting financial backers, but Adani Mining chief executive Lucas Dow announced in Mackay on Thursday, that Adani would now move forward with the Carmichael mine in the Galilee Basin.

“Today’s announcement removes any doubt as to the project stacking up financially,” Mr Dow said.

In a statement, Adani said that that scale-back decision meant that the project could finally move forward after eight years of development.

“We have already invested $3.3 billion in Adani’s Australian businesses, which is a clear demonstration of our capacity to deliver a financing solution for the revised scope of the mine and rail project,” Dow said in a statement.

Adani is yet to be given final environmental and planning approvals by the state government.

Kelly O’Shanassy from the Australian Conservation Foundation is urging Premier Annastacia Palaszczuk and the federal government to make an important decision about the mine.

“Burning the coal from the Adani mine and the broader Galilee Basin will be terribly damaging for our climate.” she said.

“…The only responsible response is to stop Adani and keep Galilee Basin coal in the ground.”

Australian Marine Conservation Society said that Adani’s coal mine would have a massive impact on the Great Barrier Reef.

“If Adani’s monstrous coal mine goes ahead it will accelerate dangerous climate change, put our Reef in even more danger and threaten 64,000 tourism jobs”, spokesperson Imogen Zethoven said.

“The world’s climate scientists have made it abundantly clear that to save our Great Barrier Reef we must have no new coal mines and shut all coal plants by 2030.

“Our politicians should remember that most Australians do not want this mine.

“Our school kids are protesting around Australia … This is only the beginning. Adani underestimates the Australian spirit.

“The Morrison Government and the Labor Opposition must stop this dirty coal mine, which will accelerate dangerous climate change and risk a safe future for Australia”.

Adani’s announcement that it intends to proceed with its Carmichael coal mine and rail project in Queensland poses a grave risk to Australia, according to the Climate Council.

“This is ludicrous. In the face of intensifying climate change, no new fossil fuel project stacks up,” said Climate Council CEO Amanda McKenzie.

“This has the potential to be a carbon bomb…”

According to the Climate Council, if all of the Galilee Basin coal was burned, it is estimated that 705 million tonnes of carbon dioxide would be released each year – that’s more than 1.3 times Australia’s current annual emissions.

However, the Queensland Resources Council said it would deliver money and jobs to the state.

Adani could also open the entire Galilee Basin to exploration, with mine projects from GVK/Hancock and the China Stone already given preliminary approval.

Adani’s Lucas Dow said that there had been lot of misinformation about the need of taxpayer’s money for the mine and rail project.

“This is absolutely not the case; this project will stand on its own two feet, he said.”