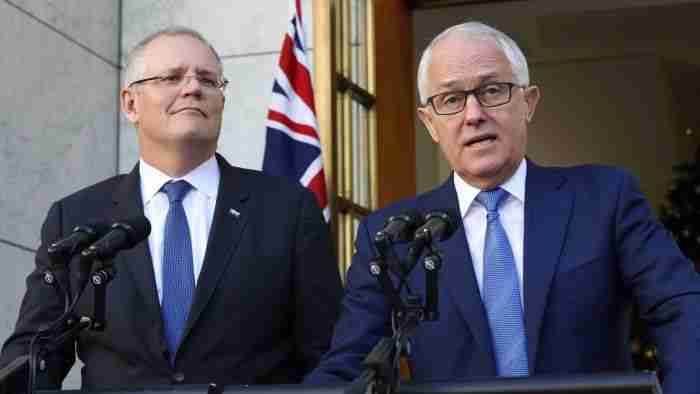 What a difference a by-election or five can make to the national political debate. Some weeks ago, with by-elections due in five federal districts resulting from four disqualifications by the High Court of Australia and one Labor member stating a desire to spend more time with his family, Labor leader Bill Shorten looked to be under a bit of pressure.

At the time, Labor seemed to be losing a bit of ground to the Coalition in the national opinion polls, and Mr Turnbull continued to enjoy a lead over Mr Shorten as preferred prime minister. Having used its lower house majority to determine who would be referred to the High Court to have their citizenship bona fides examined, the Turnbull government succeeded in having three Labor and one Centre Alliance members kicked out of their seats by the judiciary. With at least two of these seats being extremely marginal, there was some speculation that history would be reversed and the government would win a seat from the opposition.

The seat of Braddon in north western Tasmania looked a likely candidate for Labor to lose, but so too did the ultra-marginal Queensland seat of Longman. The theory went that a leadership crisis would engulf the ALP with the loss of one or both of these seats. The consequences of this would either be the ascendancy of Anthony Albanese as Labor leader, or a prime ministerial dash to the Governor General to call a federal election at the earliest date to lock Labor in with a politically wounded leader. In this scenario, the battle for Mayo between the former sitting member Rebekah Sharkey, and Liberal candidate Georgina Downer was of secondary interest.

Implicit in all this was the expectation of a Labor failure on “super Saturday”. What has since emerged has confounded such expectations. Rather like it did against the Greens in Batman, Labor defied expectations and did rather well especially in Longman. The significance of the Longman result lies in the fact that the by-election has given prima facie evidence of a revival of voter support for Labor in Queensland where there are very many marginal government seats. The two-party swing to Labor in Longman was 3.5 percent. Were that swing to occur across Queensland in a general election, the Liberal National Party (LNP) would lose between six or seven seats and the Coalition would lose government.

The other interesting feature of the Longman result was the way the LNP was hurt by the candidature of Pauline Hanson’s One Nation party, even with One Nation issuing how to vote cards directing preferences to the LNP. Whilst a majority of One Nation voters gave the LNP their second preference, a not insignificant number gave their preferences to Labor. When added to the 4 percent swing to Labor on primary vote, the Longman result indicates a strong anti-government sentiment in the electorate.

The Longman result was an excellent outcome for the ALP. If it is fair enough to burden party leaders with responsibility for failure, it is only fair that they should claim some share in the success. Longman and, to a slightly lesser extent Braddon, rank alongside the result in Batman as significant successes for Mr Shorten and Labor. There will be no leadership change in the ALP.

Things are not so clear cut over on the Liberal side, however. The result in Longman now puts the pressure right back on Malcolm Turnbull’s leadership of the Liberal party. The Longman result shows that a fair slice of the Queensland electorate are not at all happy with the government. As if that wasn’t bad enough, the failure of Georgina Downer to resonate with what used to be a safe Liberal voting constituency in the Adelaide district of Mayo hints at a deep malaise. It hints that not only are traditionally swinging voter unhappy with you, the base isn’t so pleased with you either.

What is not so clear are the reasons for these adverse results. The government might consider the result to be a reflection on its approach to policy, and might consider a re-think on contentious matters. On the other hand, Mr Turnbull and some of his colleagues have indicated that they are not for turning on company tax relief.

Of course, it may well be that the adverse voter reaction in Queensland has been driven not by policy, but by a dislike for the government and its leader. If that is the case, then fiddling at the policy margins may not be the answer and sufficient Liberal back-benchers start to think that, if defeat under the incumbent leader is inevitable, the risk of installing an alternative may diminish significantly. A similar environment enveloped Julia Gillard’s government.

A by-election period that began with Bill Shorten being under pressure has now resulted in the re-emergence of speculation about Malcom Turnbull’s future. If the Turnbull-led government won’t countenance change to its policy, then the only alternative open to a panicky back-bench is to change leader.

One last thing about the recent by-elections. The four contests caused by the High Court’s decision to deny the election of members deemed to be in breach of section 44 (i) of the Australian constitution join the other by-elections that were caused by the so-called “citizenship crisis”. It is interesting to note that the voters have not ratified the court’s decision to expel people from parliament, with the only lower house casualty really being Labor’s David Feeney who used his expulsion as an opportunity to retire from politics. Even then, Labor was still able to retain the seat of Batman. The High Court’s hard line in applying the constitution has created much mayhem and the expenditure of resources on elections and little else besides.