Sukhraj Singh Bath, a Punjabi Australian has had a special win in County Court of Victoria earlier this month. This win is special as he has been granted permission to sue his former employer for compensation more than seven years after he had stopped working for the company. Sukhraj now has the right to sue his employer for negligence and claim damages in relation to his right hand injury suffered in June 2009, almost nine years after the date of his accident. Sukhraj, in his claim, will sue the company for ‘pain and suffering damages’ in relation to his injury.

Sukhraj had applied to the court for permission to file the case against his employer under the Accident Compensation Act 1985 (“the Act”) in May 2017. Although the matter was heard last year, the court delivered its judgement on March 1.

The injury:
Sukhraj commenced work at the company’s plastic factory in Rservoir, Melbourne’s North as a process worker in March 2009. Being a good worker, he was soon promoted to shift supervisor. As a process worker, he was required to work on different machines, one of which was called the “granulator” machine, which ground up plastic into small pieces so it could be recycled. The machine had several parts, including a motor, conveyor belt, along which the plastic travelled into a grinder, and above the grinder were two pipelines which sucked up the ground plastic. The granulator machine was located in a “pit” about eight to ten feet deep, and if the pipelines that sucked up the ground plastic needed to be changed, it was necessary to access the machine by going down a ladder in the pit.

The court was told:
On 20 June 2009, Sukhraj was working on the granulator machine with two others. At about 8.30am, they were told to change the pipelines in the machine. Two of them went down into the pit. As there was no room to stand next to the conveyor belt to adjust the pipelines, Sukhraj stood on top of the motor. He put his left hand out and touched the wall to steady himself. But as he was trying to unscrew the bolts of the conveyor belt to make it loose with his right hand so that he could change the pipelines, suddenly he slipped. As a result, his right hand was pulled by the conveyor belt into the machine and his fingers were crushed.

Despite him wearing safety gloves, he could feel his fingers had been crushed and when his right hand was taken out of the glove, the top of his ring finger fell to the floor.
He was taken by ambulance to St Vincent’s Hospital, where he stayed for about a week. On the second or third day he underwent surgery on his fingers and, in particular, the repair of the top of his ring finger, where the tip had been “chopped off”.

Thereafter, he underwent hand therapy for about five months. His fingers were in bandages for months after the surgery and he was required to take painkillers, such as Brufen, to help with the pain and stiffness in the fingers and joints. During that time, if he knocked his fingers on anything or bumped the top of his ring finger, the pain was agonising.

After being off work for two or three months, the company told him to return to work or he would lose his job. He was told he would be given light duties, but on his return he was given the same process-worker duties as he was performing prior to the injury. At that time his hand was still bandaged and he had to take time off work to go to various hospital appointments.

He continued working for the company performing such duties until the company shut that factory in 2011.

According to Sukhraj, although he had been working at various other places mainly as driver (forklift or truck and he has also tried for taxi licence), doing different kinds of jobs, his injury had diminished his earning capacity and capacity to enjoy life permanently. Thus under the Act, he planned to sue for

(a) permanent serious impairment or loss of a body function; or

(serious injury meaning under Paragraphs (a) and (b) of the definition of “serious injury” contained in s134AB(37) of the Act.

The law clearly requires the “consequences”, of such injury to be serious and severe with respect to—

(i) pain and suffering; or
(ii) loss of earning capacity.

In the Court, Sukhraj was questioned about his medication since 2011. He told the court he could only take Panadol to control the pain, as he has been told by his doctor that he should not take strong painkilling medication because it may affect his driving.

He was further questioned about his visits to the doctors in the ensuing period where hand injury did not get recorded each time. He advised his doctors told him there was not much they could do to repair his injured hand.

And he is very embarrassed the way his hand is disfigured. He claimed:

• He does not have much strength in his fingers now and cannot carry heavy things or large bulky objects. He can still carry smaller light items.

• Because of the missing tip of his ring finger, he has to change the way he does things – for example, when he is getting dressed it takes him longer to do up the buttons of his shirt, and when he does up shoelaces, he just uses his thumb and index finger.

• Although he can still drive, he uses the palm of his right hand to steer the wheel.

• He can still write with his right hand, but his writing is “very messy”.
• That his hand makes him feel “ashamed” and that he should be able to look after his family and do all the things a husband and father should do, but now feels “helpless and self-conscious all the time.

• He could no longer go to gurdwara to do ‘langar sewa’as before.

A Quality and Risk Unit of St Vincent’s Hospital report dated August 2017, that Sukhraj had stiffness in his middle and ring finger, and reduced sensitivity of his ring finger. He continued with hand therapy and in its last review dated 7 April 2010, it mentioned Sukhraj had shortening of his ring finger, but “his functional status was good”. On that day, he was discharged from the clinic, and had no further attendances after that date.

On the other hand, the company’s lawyers fought each claim of Sukhraj absolutely ferociously. They scanned through his whole history since the injury and hired a detective to record a surveillance video of his day to day life and movements to see how he was using his injured hand. They even dug up his application for a taxi licence to discredit Sukhraj in court. The counsel for the company labelled Sukhraj as ‘unimpressive witness’, knowing that in law the credibility of the person claiming the injury is of critical importance in such claims.

And the judge added “the pain and suffering consequences from the impairment of the right hand are, when judged by comparison with other cases in the range of possible impairments may fairly be described as being “more than significant or marked” and as being “at least very considerable”.

In other words, the court accepted Sukhraj has suffered an injury to his right hand which meets the definition of permanent serious impairment or loss of a body function.

And the judge granted Sukhraj leave (permission) to sue his former company for negligence and claim damages for pain and suffering in relation to his right hand injury. 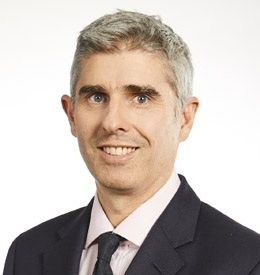 Sukhraj’s barrister, a very happy James Fitzpatrick who represented Sukhraj in Court, told Bharat Times,
“… Needless to say those of us involved in the case are very pleased with the progress thus far”.

Sukhraj and his family, although very relieved with the verdict, soon would be getting their things together to file their case.

If one knows how litigious the legal system can be, it would be really a very sweet win for Sukhraj, his wife and two young sons.
-DM