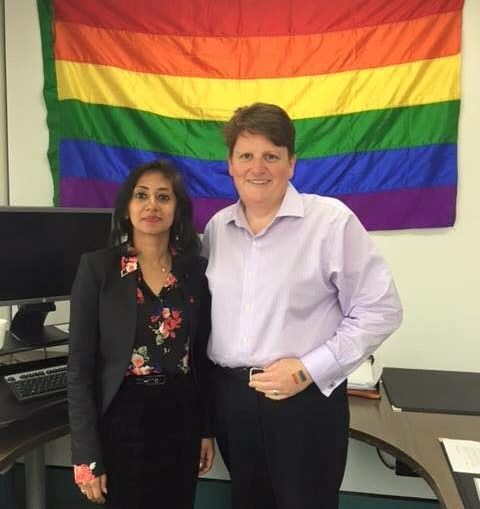 The battle of the “sexes” – “same” or “opposite” is over. Australia has had its say and it is a resounding “yes” vote in favour of the same sex.

“A further 36,686 responses were unclear representing 0.2 per cent of total responses.”

BT understands 95 per cent of paper responses were automatically coded into machines while the other five per cent were tallied manually.

“Optical mark recognition software was used to capture the single-use, anonymous barcode on each form and the response.

“Where the marks on the form were simple, for example where one response box only was clearly marked, the form was automatically coded to the appropriate response.”

According to the ABS spokesperson, where the marks on the form were more complex — for example, both response boxes were marked or there were other marks on the form — it was manually coded by an operator who then determined the appropriate response.

“If the single-use, anonymous barcode on the survey form was unable to be read (damaged or defaced) the form was not counted,” the spokesperson said.

“This included forms where both boxes were ticked, where there were no marks on the form (blank response) or where the question was changed to make the answer unclear.”

As a result, thousands of same-sex marriage postal votes were discounted because voters didn’t fill them out correctly.

The “No” voters should not feel bad because even if every invalid vote counted as a No, the resounding 61.4% Yes result wouldn’t have changed.

In the context of Indian Australian community, it is a clear win for the likes of Molina Asthana and bad luck for people who passionately pleaded with people to vote “No”, people like Karina Okotel.

The vigour of the “Yes” campaigners is seemingly now turning to migrant concentrations in Australian cities – where the strongest “NO” votes have come from. If the Christian faith groups and other “NO” campaigners had the right exercise freedom of speech and freedom of religion – so are these migrants who equally carry and shoulder the responsibility of advancing Australia on the global stage. It would be ironical and morally and ethically wrong for the mainstream “NO” campaigners to allow migrants to bear the brunt of the aggression of  very articulate and passionate “YES” campaigners. Australia will change and all Australians – both migrant and mainstream will have to make adjustments as our society re-calibrates.