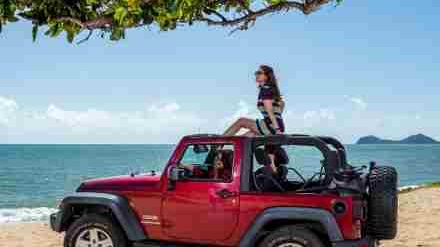 Gold Coast, Oct 4: As the 2018 Commonwealth Games (CWG) Queen’s Baton relay began its India leg on Tuesday, the host city of Gold Coast in Australia’s northeastern state of Queensland is gearing up to receive nearly 60,000 visitors, many from India, during the April 4-15, 2018 Games.

The Indian tourism market is worth A$18 million (Rs.920 million) a year to Gold Coast.

The city’s 52 kilometres of accessible sandy beaches to swim, surf and snorkel are a huge draw for families and honeymooners. As many as 29,600 Indians visited the Gold Coast in the year ending June 2017. 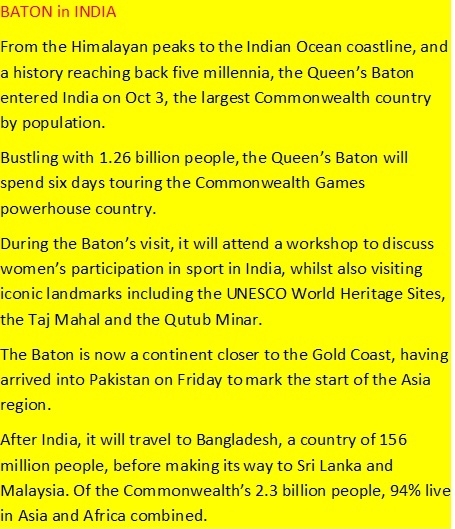 From watching whales make their migratory journey from the feeding grounds of Antarctica to the warmer waters along Australia’s east coast; to hugging a koala or having an Australian masked owl perch on your arm; or enjoying interactive activities providing a glimpse of Aboriginal and Torres Strait Islander heritage and culture at the Dreamworld theme park — there is never a dull moment.

The GC2018 will have indigenous art, culture, language and symbols as an integral part of the experience for visitors. The mascot Borobi (koala in the local indigenous Yugambeh language) is ready to ‘jingeri’ (welcome) everyone to the most ‘jimbelung’ (friendly) Games.

A short drive from the city, along villages dotted with boutique wineries, vineyards, breweries and cafes are the World Heritage-listed tropical rainforests at Lamington, Tamborine and Springbrook national parks that are home to many native flora and fauna.

Gold Coast will be the first regional centre in the world to host the Commonwealth Games. To cater to the influx of tourists, many new apartment towers, such as Peppers Broadbeach, have been built overlooking the ocean. The revamped Pacific Fair shopping complex has international and Australian luxury brands. It boasts an exclusive guest lounge fitted with shower facilities and a prayer room, ideal for visitors taking a night flight to spend the day in comfort and avail of the many shopping and dining discounts.

Indian film actress Parineeti Chopra has recently been in Gold Coast and Cairns as Tourism Australia and Tourism and Events Queensland ambassador to show off the cities to her 30 million-odd social media followers.

India is Australia’s ninth-largest inbound market with 283,000 visitors in the year to June 2017, worth $1.43 billion to the tourism industry.

The sporting fields and the athletes’ village are nearly ready with cutting-edge security in place for the event and beyond. The bright coloured Athletes Village hugs the Griffith University campus (which has many Indian students) and a hospital.

“Existing community-based infrastructure facilities have been upgraded for the Games with their long-term use in mind to make the city a knowledge, health and tourism hub,” GC2018 Chief Executive Officer Mark Peters said.

“For example, the Warner Brothers Movie World’s Oxenford Studios’ sound stage has been converted into arenas for boxing, squash and table tennis. The Gold Coast Hockey Centre has been redeveloped to feature two new all-weather synthetic pitches, a new grass pitch with north-south orientation and an extended club house. We did not want any white elephants.

“The Games are an unlocked goldmine for athletes, as for many it is a stepping stone to competing in the Olympics. For the first time, there will be equal number of medals for men and women,” Peters noted.

The other GC2018 key firsts include presentations of beach volleyball and women’s rugby sevens and the largest integrated parasport programme that will see athletes competing in the triathlon and marathon for the first time.

There will be 6,600 athletes and team officials from 70 Commonwealth nations competing in 18 sports and seven parasports. An eight-day menu cycle has been created for the Athletes Village, in consultation with a sports nutritionist, with authentic Asian and African cuisines incorporated into the round-the-clock catering.

Some qualifying events will be held in Cairns, the gateway to the World Heritage listed Great Barrier Reef, which had 22,000 Indian visitors in the year ending March 2017, and Townsville.

All tickets include public transport to and from the venues and some events are free. Fanatic Sports is the authorised GC2018 ticket reseller for India.

(Neena Bhandari participated in the Australian leg of the Queen’s Baton Relay for the 2006 Melbourne Commonwealth Games.)