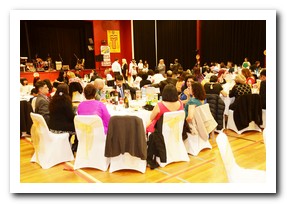 As was announced in Bharat Times of July 2017 issue, the 15th World Goa Day was held on 29 July 2017 in Aspendale to celebrate the origins of the birth place Goa, share out culture and heritage, uphold our own recognised mother tongue Kokani and above all to showcase and get the mainstream Australians (some of whom have become a part of our families) and people from different walks of life in Victoria.

I believe that integration of communities is the cornerstone for the success of Multiculturism. Community Centres is a great initiative as long as communities doe not work in vacuum and restrict membership of a club/association. Any building needs proper ground to sustain the facility or else it leaves it to the saying ‘building castles on the sand’

We, as a group of Goans from Goa have always focused on the Importance of integration is paramount to take the word multiculturism seriously and saying that Victoria is Multicultural does not mean much as actions speak louder than words.

The evening was well attended by many of our regular and new guests and other guests were unable to attend as they escaped winter in Melbourne to visit countries like England, Portugal, Canada and Goa to enjoy their summer with their families and friends.

The evening was Mceed by our own Nelson D’souza and the entertainers were a live band ‘Next Generation’ who played  English songs to where the guests were kept entertained.

In addition we had our very own Goan entertainer Dilip Chico playing Konkani (showing our Goenkarpoon in Melbourne amongst other tangible contributions) as well as Portuguese songs where everyone was taken down the memory lane.

Guests who were intrigued about Goa and Goans and wanted to to know more about Goa, were encouraged to include Goa as one of their destinations for their next holidays. Indian Consulate may not have time to promote tourism.

We also had our very own Goan entertainer, Mr Joe Fernandes who impersonated as Elvis Presley and as soon as Joe took over the microphone in his hands, the guests were overwhelmed with his voice and impressed with his attire as well. Elvis left the building after his performance.  Joe was assisted by his wife Bernadette Fernandes who gave us a hand that evening. Thank you to Rolly Machedo for assisting us.

Special mention and thank U’s to Neil Machedo, Henry the IIIrd and Joshua who invited an army of friends.

People of Goa do not live on entertainment alone so a grand buffet was laid out that included some Goan dishes and people were invited for Seconds and thirds as well.

To mark the occasion of our 15th World Goa Day in Victoria, we brought Goan novelties when I visited Goa in December/January 2017 and the they had pictures of the beaches in Goa; a souvenir that had a triangular

purpose – the memory of the night, the use of the souvenir as a bottle opener and the use as a magnetic piece attached to a fridge to remember the night.

I will not risk the fact that we had the support of the following businesses:

The rest of the high valued prizes were purchased and many prizes were given out throughout the evening.

Thank you for taking part in our celebrations and hopefully for our next event we will see you, your families and your friends.