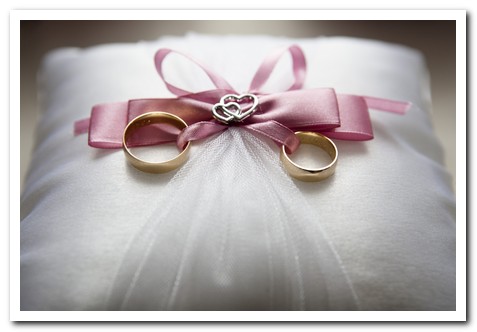 Provided the High Court of Australia does not scupper it, Australians will soon be indicating their response to a federal government funded survey (a plebiscite you are having when you do not have the authority of the parliament to conduct it) on the question of ‘marriage equality’. The options for the participant in this survey are straightforward enough: one can either say “yes” or “no” to the set question, or one can leave the survey blank, or one can choose to not even participate at all as the survey is not compulsory.

The marriage equality survey is one of the more bizarre manifestations of the serious internal divisions that rent the governing Liberal party under the current leadership of Malcolm Turnbull. The Liberal party is clearly divided between a cohort of ultra social conservatives, a group of moderates and social progressives, and a collection of nervous members of parliament who would rather that their party focus on economic policy and on those issues of service delivery that are of utmost importance to voters living in marginal electorates. Instead of arguments about the distribution of wealth or the protection or liberalisation of industry, the Liberal party these days obsesses about whether same sex couples should be allowed to marry. This issue threatens to undermine party cohesion and even poses a threat to the party leadership.

It is known that Mr Turnbull favours marriage equality. His decision to opt for a survey to gauge public opinion on this question is presumably based on his view that a majority of Australians agree with him and that this will be made plain to the nervous back-benchers at the conclusion of the count. Those with long memories would recall a similar hubris on the part of Mr Turnbull on the question of Australia becoming a republic that was particularly evident when a solid majority of electors voted “No” at the 1998 referendum.

It’s debatable if history ever does repeat itself, but the danger for Mr Turnbull lies not so much in the prospect of a strong “no” vote on marriage equality, but rather on just what proportion of the electorate gives no answer at all. If a third of the community either returned blank ballots or just did not participate in the ballot, the outcome of the survey will be so ambiguous as to render it useless as an instrument to be used by the prime minister to bring his opponents within the Liberal and National parties to heel.

It should also be remembered that one of the concessions Mr Turnbull made to the conservatives in his party was an agreement that the survey result would not be binding on any Liberal or National parliamentarian. In other words, the survey is simply meant to assist the expediting a conscience vote on marriage equality. Once again the prime minister’s approach seems to be based on the assumption that the “yes” options will prevail in the contest. One wonders at what the fall-back position will be if the result is a majority for “no”, or if very large numbers of citizens do not bother to participate in the ballot.

The Labor opposition has been gleefully watching the government tie itself in knots over this issue and there is little doubt that the fall in support for the Coalition observed by opinion polling is due in no small part to the government’s problems with policy making. It is worth recalling, however, that Labor has been as culpable as the Coalition in being unable to deal with marriage equality. Former prime-minister Julia Gillard could have legislated for marriage equality after the 2010 election as both Labor and the Greens constituted a majority in the Senate at that time.

Labor’s unwillingness to move on this issue was due to factional politics. Marriage equality was debated at Labor’s National Conference but a move to force a unified Labor position was thwarted at the behest of a number of socially conservative players inside the Labor party organisation. Ms Gillard, whose prime ministership depended on her being supported by a number of right wing elements within the party, demurred on reforming marriage laws. Given that the centre-left of Australian politics had control of the Senate at the time, this was arguably a greater lost opportunity for reformers than the inability of Mr Turnbull to carry his party room.

It has been very interesting to observe the inability of the Australian political process to deal with this issue. In some ways, it has replicated the impasse that confronts the climate change debate where proponents and opponents take up strident defence of their positions while the general public appears weary of all the ideological fighting. Similarly, the community seems to be weary of the inability of Australia’s parliamentarians to deal with marriage equality. And far from helping, the Turnbull government’s “survey” has the potential to make things worse, especially if an ambiguous result should emerge.