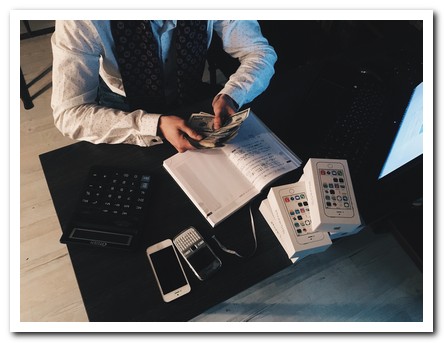 or worse, you owe ATO money

Tax refund season is well underway, and those lucky enough to achieve a sizeable tax refund will be rubbing their hands together and dreaming of the extravagant holidays, enormous TVs and extra credit card repayments the money will enable.

But there are others who end up with a smaller refund than expected, or worse, end up actually owing the ATO money. They’re often left scratching their heads and wondering what went wrong.

Etax.com.au senior tax agent Liz Russell says there are five main reasons people receive a smaller tax refund than expected or find themselves with an unexpected debt to the ATO:

This is most common when someone does work under their ABN as a sole trader or has picked up a side job in the sharing economy, such as Uber, Deliveroo, Airbnb or Airtasker. Those coming from a traditional employment arrangement, where tax is automatically deducted from their salary, may not realise that they need to be setting money aside to pay tax on their second job too. Further, the additional income can sometimes push them into a higher tax bracket, which means they’ll have to pay a higher percentage of their overall earnings as tax.

This often occurs when an employer is not withholding enough tax proportionate to their income – especially if they receive a bonus or their overtime pushes them into a higher tax bracket or over the HELP repayment threshold. The ATO has ‘tax withheld calculators’ on its website (https://www.ato.gov.au/calculators-and-tools/tax-withheld-calculator/) that indicate how much tax should be withheld from salary payments, taking into account things like student loans, tax offsets and Medicare levy exemptions.

If you have an existing Centrelink, ATO or Family Assistance office debts your tax refund will be used to pay off any amount outstanding. This is done automatically, and the leftover money – if any – is what you’ll then have transferred to your bank account.

If you are an Australian resident for tax purposes, the first $18,200 of a your yearly income is not taxed. This is usually set when you complete your tax file number declaration when you commence employment. However, people run into problems if they earn more than $18,200 during the year and they work two jobs while claiming the tax-free threshold on both. Come tax time it’s likely they haven’t paid enough tax during the year and they’ll end up with a much smaller refund than expected and in some cases even owe the ATO money.

There are a variety of errors that taxpayers can commit when filling out their tax return – whether mistakenly or otherwise. This includes failing to declare assessable income (which includes allowances, bank interest and income earned overseas), claiming deductions they’re not eligible for, and lacking the necessary documentation to substantiate work-related deductions. The consequence is that any erroneous claims are fixed by the ATO meaning the taxpayer has to pay any overpayments back and in some instances the ATO can also charge interest charges and other financial penalties for incorrect lodgements.

“If you are unsure about why you owe money, or you haven’t received the refund you expected, the best thing to do is reach out to a tax agent as soon as possible. A tax agent can fully analyse your personal circumstances and if something has gone wrong they’ll also speak with the ATO on your behalf.

“This will not only lead to a solution, but if you owe money it shows the ATO that you are willing to cooperate, which will often prevent the incursion of further penalties. On the other hand, if you don’t act, debts can start accruing interest and, in certain cases, be forwarded to a debt collection agency,” said Ms Russell.