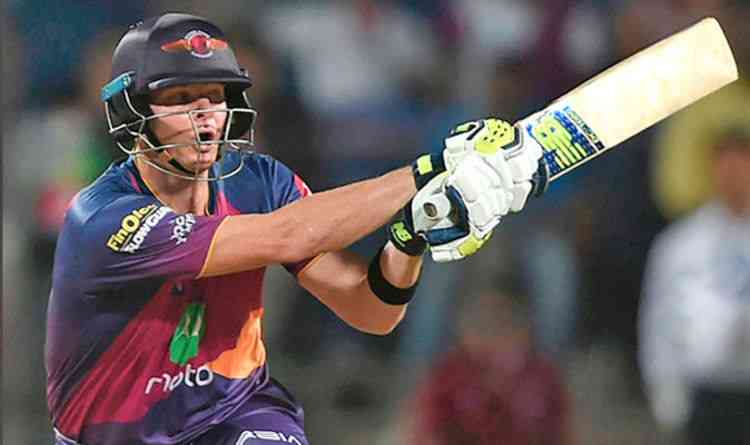 Smith led from the front on Thursday in his franchise’s seven-wicket win against two-time Indian Premier League (IPL) champions Mumbai Indians, scoring an unbeaten 84 off 54 balls, laced with seven fours and three sixes.

“He is in outstanding form at the moment,” Ganguly, who captained Smith during his time at erstwhile Pune Warriors, told reporters on the sidelines of an apparel accessories, home furnishing and decor items store launch here.

“He is just a quality player and currently one of the world’s best batsmen. He showed his class by switching formats so swiftly in such a short time,” Ganguly said.

The 27-year-old right-hander who started his Test career as a leg-spinner and batted at No.8, finished as the top-scorer, amassing 499 runs in eight innings with an average of 71.28. He also notched up three centuries in the rubber.

Smith captained Australia to a 1-2 series defeat against India in a hotly contested four-match affair recently.

However, Smith fared better in guiding the Rising Pune Supergiants to a thrilling last over victory in their 2017 Indian Premier League (IPL) opener against the Mumbai Indians.

Smith said the venue or pitch conditions do not matter when a batsman is in form.

Needing 13 runs in the final over, the Australian took the onus and used the long handle to good effect to guide his team to a superb seven-wicket victory at the Maharashtra Cricket Association stadium here on Thursday.

“Form is form anywhere, I guess, so you got to make the most of it when you’re hitting the ball well. It’s a nice place to bat at Pune. Fortunate to get over the line in the end,” said Smith, who blasted an unbeaten 54-ball 84.

“It was nice to hit a couple of sixes to win the game. It was one of those wickets where it was hard to find timing as soon as you come in,” he added.