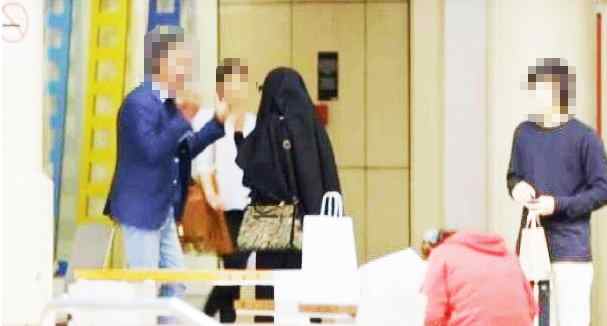 49 per cent Australians want migrants to assimilate; 63 per cent are worried about relatives marrying Muslims: Study

Melbourne, February 27: Nearly one in three Australians have negative feelings towards Muslim Australians, with 63 per cent saying they would be concerned if a relative married a Muslim, according to a Western Sydney University study commissioned by SBS.

The online survey of six thousand residents was undertaken for the SBS documentary, Is Australia Racist?

Hindu Australians experienced the highest rates of discrimination; according to the survey, which was largely representative of the Australian population – with a 52:48 female to male ratio and 72 per cent respondents having been born in Australia.

Experiences of racism due to one’s religious affiliation, was largely perceived amongst Hindus, closely followed by Buddhists and Muslims.

The most common setting for racism was on public transport or on the street, according to the study.

However, individual perceptions of any social behaviour can vary largely and is a major factor that can tilt the scale to racism.

Dr Bhanu Chakraborty, a retired university academic, talking to Bharat Times said, “If the study returned a result of three quarters Hindus or Buddhist respondents experiencing discrimination on public transport or on the street… that is a significant number…

“I can only attribute it to etiquette on public transport and a large degree of variance in perception.

Dr Chakraborty’s family has been a resident of Melbourne for about 45 years.

The study also returned a very disturbing aspect that 63 per cent of Australians would be concerned if a relative married a Muslim. The same segment also expressed some degree of intolerance or discomfort with Muslim Australians.

However, lead author Professor Kevin Dunn, head of the Challenging Racism Project, urges Muslims and other Australians with immigrant backgrounds to take heart despite the findings.

“Racism in Australia is a national calamity, but the good news is there’s a vast amount of ground and it can be made up quite quickly,” he says.

“While public discussion on these issues is welcome, it’s important to be respectful. We must always remember to avoid racism at every opportunity and actually challenge it”.

Professor Dunn noted that Australia’s history contains some foundational aspects that are “unfortunately racist”, referring to “the theft of a continent” from its people, and the erstwhile White Australia policy.

“Yet despite our history, Australia has a strong recent track-record of anti-racism, especially since the introduction of multiculturalism in the 1970s, and we’re in a good position to work together to realise an anti-racist future.”

Interestingly, although the study uncovered widespread support for cultural diversity; alongside there is a strong desire for assimilation. 49 per cent respondents believe that people from racial, ethnic, cultural and religious minority groups should behave more like ‘mainstream Australians’.

Dr Chakraborty, 58, hailed the assimilation calling it a “great way to appreciate the advantages of Australia.

“Isn’t that why we all migrated here?” he asked.

But Professor Dunn says it’s important to realise that immigrants are attracted to Australia for its democratic values, and there’s no evidence of widespread segregation.

“The notion that immigrants would seek to impose another set of laws is surprising, as most immigrants actually come to Australia because of our democracy, freedoms and rule of law,” he says.

He referred to a previous research on Muslims in Sydney that found education and employment are the primary concern for Muslims, with a distinct lack of concern for international affairs.

The study was the centre of a namesake SBS show, presented by Ray Martin – a documentary, according to SBS, designed to expose the random, everyday bigotry and racism endured by ethnic groups across the nation.

“Where’s your f—ing face? What are you hiding from? F—ing Allah?”

These shocking questions caught on hidden-camera is one of many incidents featured in Is Australia Racist?, which aired Sunday, 26 February.

While, the documentary, no doubt puts the spotlight on prejudice; yet the question that begs to be asked is, “Is it really necessary to stir such vitriol purposely having a niqab-ed woman walking into an unbeknown man’s face?”

Why is the woman targeted? Is it because she’s wearing a niqab covering her head and face or because she deliberately and suddenly crosses paths with another passer by, who may have wrongly presumed that Rahila Haidary with a niqab, cannot see?

Is it likely that the same attitude could be expected whether or not Haidary had donned a niqab?

Rather than these negative takes, which DOES NOT in any way educate Australians about migrants; people like Haidary, a Muslim Afghan refugee, can be televised for more positive television highlighting her acceptance of Australia, which is in sync with her own culture.

At the least, it could pave the way for positive sentiments towards migrants and set a spiralling attitude of their acceptance amongst Australians.

With your experience, Ray Martin, you could have done better?