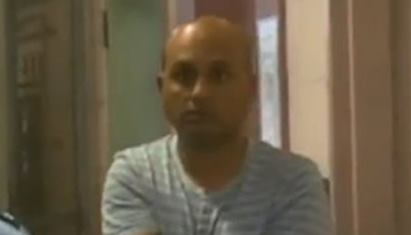 Sydney, January 24: A man purportedly driving as an Uber driver in Kings Cross, allegedly raped a British tourist as she slept in the back of his car.

He is alleged to have even stopped to buy condoms before the attack, and later performed sexual intercourse with the woman in his car, after picking her up outside a Kings Cross nightclub, World Bar in 2015.

As the woman was walking in Vaucluse, at about 12.30am on Sunday, Naveed pulled up in his Hyundai i30 and offered the woman a ride home. He allegedly drove to a side street to park, before sexually assaulting her.

Police obtained CCTV footage of the alleged offender, Muhammad Naveed pulling up at a service station before the alleged rape and purchasing condoms.

Naveed was charged with sexual penetration without consent.

The woman, aged 22, described in her court documents that she had been at the bar with friends when she left because she was feeling too drunk.

She believed that she was actually getting into a taxi.

It is understood that the woman from UK, who was working as a nanny, had not booked with UBER at the time. Naveed was then employed with UBER.

The NSW District Court heard that the woman was heavily intoxicated after drinking with friends during the afternoon and evening.

“What she does remember is being in what she believed was a taxi,” crown prosecutor James Trevallion said.

“When she woke up, she realised the accused was on top of her,” Mr Trevallion said.

The prosecutors told the jury that the woman said or tried to say “Get off,” but did not have the strength to push him off.

The court heard how the woman could not keep her eyes open and was falling asleep. The woman’s blood alcohol reading was estimated to be 0.231.

“The crown case is that the accused knew the complainant wasn’t consenting or at the very least, didn’t care,” Mr Trevallion said.

The victim claimed that she woke up in the back seat of the car to allegedly find Naveed having sex with her before he drove her home a few minutes later. She contacted police upon arriving home and discovering bruises on the inside of her leg.

Naveed was arrested from his home in Lakemba, in south-west Sydney.

But, Naveed, 41, had pleaded not guilty to the charge and told police upon his arrest, that he had had consensual sex with the woman.

“I told my barrister and I’ll tell you as well, it was consent [consensual] sex,” Naveed told police upon questioning.

“I asked her a few times and she said yes.”

Naveed, who is Pakistani national, was forced to surrender his Pakistani passport in court. He is a permanent resident of Australia.

The trial is expected to continue for a week.