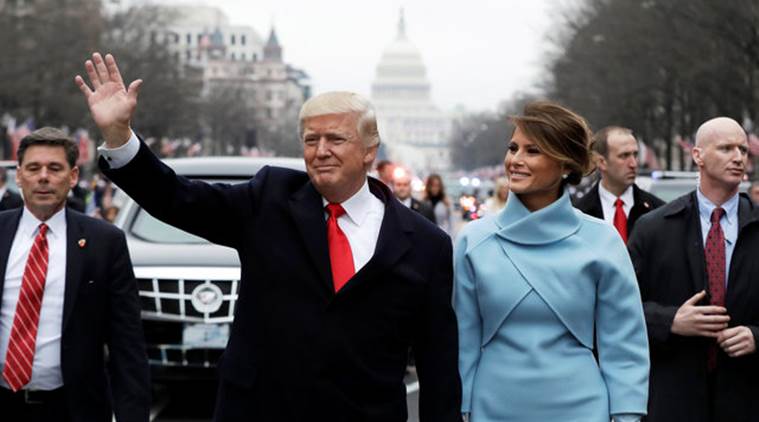 With Donald Trump inaugurated as the 45th President of the United States, will his presidency alter India-US-Australia trilateral relations, writes Rekha Bhattacharjee

It is an indisputable fact that the US is a vital strategic ally for Australia. The depth of the collaboration between the two Pacific-rim countries can be seen in various spheres like foreign policy and national security.

Australian defence policy is basically driven by the Australia, New Zealand, United States Security Alliance (ANZUS). The ties between the two English-speaking democracies have been so strong that Australia is often derided as the Deputy Sheriff of the US in the region.

All this could undergo a drastic makeover as Trump takes on the presidency of undoubtedly the most powerful country on our planet.

If the US significantly downgrades the alliance with Canberra, there is a likelihood that Australia could move over to seek similar ties with its largest trading partner, China.

If this happens, India’s burgeoning diplomatic and trade ties with Australia could also come under severe strain. In a worst-case scenario, there is a possibility that a Trump presidency can negatively impact the supply of uranium by Australia to India.

Similarly, various multilateral dialogues involving Australia, India and the US could also be scrapped or downgraded.

It would be relevant to mention here that the upswing in the Indo-Australian bilateral ties can be traced to the early 2000s when policymakers looking to maintain US dominance in Asia started considering India as a potential counter-weight to China.

If the leaked US diplomatic cables (published by WikiLeaks) are to be believed, the US cajoled Prime Minister John Howard to change Australia’s hard stance on India. The push came after President George Bush and Prime Minister Atal Bihari Vajpayee signed what is known as the Next Steps in Strategic Partnership (NSSP) agreement in 2004.

In March 2006, Howard signed six bilateral agreements in India, including a memorandum of understanding on defence cooperation.

Foreign affairs experts believe that if pushed too hard by the US, Australia is likely to take a serious look at strengthening its relations with the Asian powerhouse China. There is already pressure from the Australian business community on Canberra to move away from the US-centric foreign, defence and trade policies.

Dhruva Jaishankar, a Fellow for Foreign Policy at the Brookings Institution India Centre in New Delhi, recently commented: “…there is an evident tension between Australia’s strategic establishment (largely confined to a bubble in Canberra) and the business community. For some, China’s importance as a trade partner and immigration trends point to a recalibration of its international relations away from the United States and the West, and there are certainly some such pressures from Australian business.”

These tensions would have exacerbated in the recent months as the President-elect unveiled his vision to “Make America Great Again”.

The concerns over Donald Trump’s threat to scarp the Trans-Pacific Partnership (TPP) trade deal and the ANZUS continue to occupy a significant space in the public dialogue Down Under.

Trump’s foreign policy can bury the Quadrilateral Security Dialogue (QSD) which was started as an informal strategic dialogue between the United States, Japan, Australia and India in 2007. It could also have a negative impact on the high-level trilateral dialogue between India, Japan and Australia.

The allies are definitely experiencing pangs of uncertainty about the global outlook Trump may have during the initial stage of his presidency.

In a video released after winning the contentious elections, Trump had expressed his intention to withdraw the US from the Trans-Pacific Partnership trade deal.

“On trade, I am going to issue our notification of intent to withdraw from the Trans-Pacific Partnership, a potential disaster for our country,” Trump had said.

“Instead, we will negotiate fair, bilateral trade deals that bring jobs and industry back on to American shores.”

Australian mandarins may have developed the jitters after Stephen Moore, Trump’s senior economic adviser, dropped a bombshell when he told the BBC that dramatic tax cuts are the “single most important thing for our country right now”.

Australian business analysts are worried that such tax cuts would plunge the Australian economy into a crisis.

(Rekha Bhattacharjee is a Sydney based writer.)