Skip to content
You are here
Home > Indian > DFAT warns Australians to use Electronic Payments in India, after tourists were forced to busk for cash 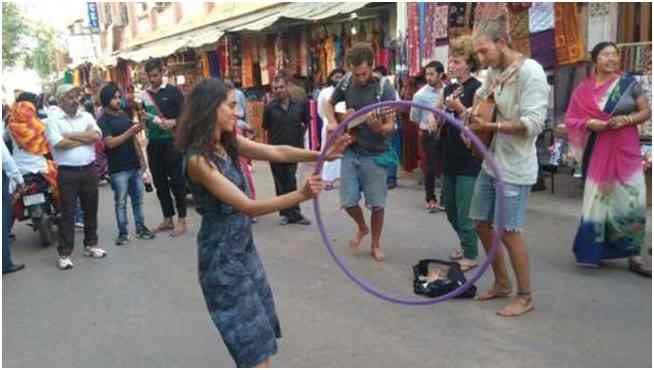 Melbourne, Jan 6: Australia has told its citizens visiting India to use electronic payments where possible as some travellers were facing difficulties exchanging Australian dollars post demonetisation.

In an advisory on Thursday, the Department of Foreign Affairs and Trade said: “Indian authorities have replaced withdrawn 500 and 1,000 rupee notes, with new 500 and 2,000 rupee notes slowly entering circulation.”

Australians planning to visit India have been told not to depend on the availability of cash and use electronic methods – bank and credit cards instead.

“Withdrawals from ATMs are subject to a daily limit of 4,500 rupees – around $A90, which applies to international bank cards.

“Expect queues and cash shortages at ATMs and note that many ATMs will not accept cards issued by foreign banks.

“Foreigners are permitted to exchange foreign currency up to 5,000 rupees (around $A100) per week at banks and foreign exchange bureaus.”

The government also advised Australian travellers to consider taking foreign currency such as US dollar and Euros to change for local currency.

In November, last year, reports emerged in Indian media that Australian tourists were forced to busk for cash after they were left “virtually penniless” due to the demonetisation of 500 and 1,000 currency notes from circulation.

As cash dispensing machines quickly ran out of money and bank servers reportedly facing technical glitches, tourists including from Australia, were forced to busk and beg for money on the streets of India.

Images emerged of 10 to 12 travellers, seen dancing and playing instruments in front of a crowd in Pushkar, Rajasthan, in return for cash. The tourists were apparently trying to fund tickets to Delhi, so they could seek assistance from Australian embassy.

Jayden, from Australia, told the Hindustan Times they were struggling to even afford food and water.

“We came here on November 8 to see the famous Pushkar fair,” he said.

“The same night, the government of India announced demonetisation of 500 and 1000 rupee [$10 and $20] banknotes. Whatever change we had in Rs 100 and lower denominations are exhausted.”

That was exactly the day when Indian government announced removal of all 500 and 1000 rupee banknotes from circulation, resulting in long queues at banks and other customer service counters.

Apart from long queues at ATMs, withdrawals were hugely limited because of cash shortages.

The Department of Foreign Affairs and Trade then issued warning to Australian tourists to use electronic payments such as bank and credit cards wherever possible.

“Due to the uncertainty of obtaining cash, ensure your trip is planned in such a way so as not to depend on the availability of cash,” read DFAT’s advice to tourists on its Smart Traveller website.

“As a supplementary means of obtaining funds, consider travelling with other major currencies, such as US dollars and euro, for exchange at banks and authorised money changers in India, however these may also be subject to cash shortages.”