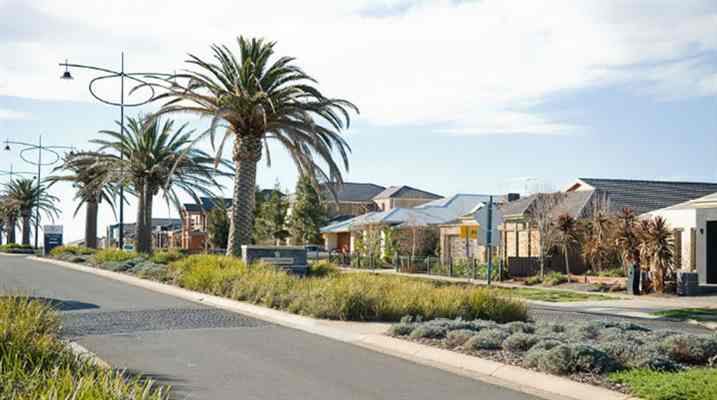 Tarneit, December 19: Tarneit residents have been terrorised for weeks with brawlers, vandals and wild gangs roving the quiet suburbs, as young families try to sleep.

This initiative by the Victorian government came about after Melbourne’s West experienced an onslaught of traumatic incidents – so much so – that the suburb of Caroline Springs had been nicknamed – ‘Criminal Springs’, by its residents.

Richa Walia drawing attention to their plight had said:

“They were all of African appearance. They jumped the side fence and came around and smashed a really big rock into a side glass door,” Ms Walia said.

“They came in and started screaming, turned the lights on themselves. My parents and I came down and faced them. They just demanded car keys from us.”

“They were holding weapons …and we felt so unsafe in our own home.”

Apart from Caroline Springs, Wyndham with large numbers of Indian-descent residents and new migrants, faced the highest number of incidents.

However, tough measures by the government do not seem to have taken any effect in Tarneit, which continues to face the onslaught of vandals.

While police have promised to crack down on group of vandals, around the McDonald’s area, yet gangs fearlessly go binge drinking and brawling.

The situation is worsening and Tarneit residents feel that police is not doing enough to curb the unrestrained lawlessness in the area.

The mother of a boy who works at Tarneit McDonald’s says she doesn’t want her son working there anymore after about 100 people crowded the site on Sunday night.

At one point the McDonald’s store has even had to close the store after gangs of youths allegedly confronted staff, breaking glass and trashing property.

A local park and McDonald’s have become the hubs where the gangs assemble and then defacement and destruction starts for the night, going on to binge drinking and fights, sometimes even involving 100 to 150 youths, like last Sunday.

A local amphitheatre site was damaged windows of homes were smashed, while the park was trashed with burger wrappers, alcohol bottles, even broken glass. Doors with broken handles, some even smashed open with crowbars; is the current state of the amphitheatre.

Even air conditioning units were not spared.

Heightened fighting and violent behaviour was experienced by residents of Pistachia Drive and Woolybush Drive with gangs yelling and intimidating people, all night.

Residents said that some incoming cars were even surrounded in the night, preventing drivers from driving or taking refuge on side roads.

Such is the paranoia, that homeowners have even complained of having to lock themselves in until morning.

Vikas Chauhan, who has recently migrated to Melbourne from New Delhi, India, said that he had not expected to face such “hoodlums” living in quiet suburban Melbourne.

“It’s been only a year that we moved into our new home in Tarneit… who would have thought this would turn into our biggest nightmare.

“I have 2 little kids and I fear for their safety. I have been told not to mention the race of these youths, since that could be construed as racism.

“I have serious doubts if police will be able to contain these youths,” he said and vehemently denied to be photographed, lest he or his home be targeted at night.

Another resident said that her window had been shattered with a rock.

“We cannot sleep all night…It’s getting worse. It’s a curse,” she said but did not even want her name printed.

Other residents have also said that they feel unsafe in the area, after last week’s clash between two gangs involving up to 40 youths when they then tried to damage many cars and proceeded to attack even the people inside the cars.

Police have been called many times after gangs started to roam the area. While the McDonald’s incident is still being investigated, residents do not have much confidence.

Many of them said that 2 police officers in a van never scared the vandals, rather the police is “scared to pull over and do any real work,” Dr Ashish Nehwal, a Tarneit resident said.

Reports of youths speeding in unregistered cars and even banging on doors of homes, is also a regular feature of the area.

“These youths feel it is fun to hound residents and it probably gives them the adrenalin rush of power… Until strong action is taken, it will continue to grow with more growing up children joining these nocturnal gangs,” Dr Nehwal reiterated.