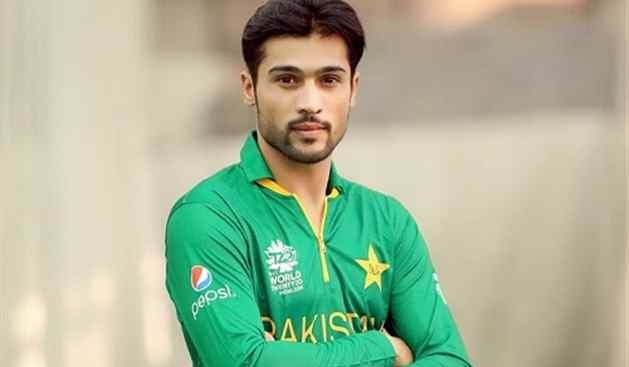 Brisbane, December 15: Steven Smith scored a century to place Australia in a strong position at the end of the opening day of the first cricket Test against Pakistan here on Thursday.

Pakistan is playing Australia for a three-Test series.

Smith was batting on 110 at stumps with Peter Handscomb also in good form at the other end. The hosts were on 288/3 at the close.

For Pakistan, Mohammad Amir, Wahab Riaz and Yasir Shah bagged a wicket each, a quick reminisce of Pakistan topping the ICC Test rankings for the first time, in August this year, following six consecutive wins in Test series.

This included victories against Australia and England.

Although the team has now slipped to fourth place, but the side being led by former Australian coach Mickey Arthur has shown quiet confidence against their hosts, Australia.

Electing to bat on winning the toss, Australia were off to a good start with Matt Renshaw and David Warner producing an opening stand of 70 runs.

Warner scored 32 runs before being trapped leg before by Amir.

Usman Khawaja lasted just seven balls before stepping out to Yasir only to find Misbah-ul Haq at short midwicket.

The two quick wickets may have given the Pakistanis a glimmer of hope which was quickly diminished by a 76-run partnership between Smith and Renshaw.

Riaz brought the partnership to an end when Renshaw nicked one to wicketkeeper Sarfraz Ahmed when on 71.

Handscomb then joined Smith in the middle and the duo proceeded to add 137 runs between them to help the hosts end the opening day on a strong note.

The Pakistan team is placing much of its confidence on Mohammad Amir, the 24 years old left-arm paceman, who has the uncanny ability to swing the ball at an impressively brutal pace.

Having had his time behind bars and a five-year ban, delivering pre-planned no-balls in 2010 for betting markets, Amir is quite a colourful character, who will be looking to attack Australia’s cricket ranking now.

As Pakistan’s trump card, Amir debuted in Sri Lanka at just 17, and by 18 he had 50 wickets in the Test cricket.

Other Pakistan cricketers to watch out for are 42-year-old skipper, Misbah-ul-Haq; Younis Khan with an outstanding batting average of 52.89 from his 112 Test matches; left-armed Wahab Riaz, who bowls over 150 kilometres per hour and Yasir Shah who has has 116 wickets in just 20 Test matches.