Skip to content
You are here
Home > Comment > Turnbull Government ends the Year with a Flourish, but still behind in the Polls 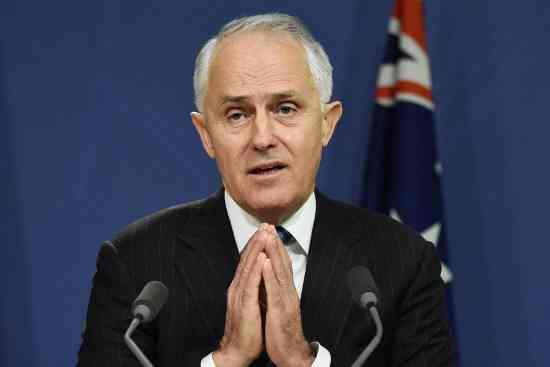 The upper house cross-bench for Turnbull is larger, more diverse and lot more ideological than that which confronted Tony Abbott after the 2013 election; but a major qualitative difference between the two Coalition governments indicate a greater scope for pragmatism and momentum in 2017, in the Turnbull government, writes Dr Nick Economou.

The onset of the Christmas – New Year break can sometimes have the effect of making people try just that bit harder to get things done – even those things that appeared to be unachievable just months before.

Administrators will rush to get forms filled, businesses will scramble toc complete orders, and governments suddenly become interested in getting legislation passed through even the most intransigent of parliaments.

The Turnbull government has been a case in point.

After agonising over a raft of matters ranging from imposing income tax rates on foreigners undertaking seasonal work through to re-establishing the Australian Building and Construction Commission (ABCC), the last week of the federal parliament resulted in a rush of legislation being approved.

This was no mean feat, for, the Liberal-National Coalition government does not have a majority in the Senate, and this has been the log jam for Prime Minister Malcolm Turnbull – just as it had been, indeed, for his predecessor, Tony Abbott.

In fact, concerns about the state of the Senate during Tony Abbott’s time had been the catalyst for Abbott’s successor to at least mitigate the number of cross-benchers in the upper house who were voting with Labor and the Greens to block the government’s agenda.

Consequently, the government made changes to the Senate voting system in the hope that disrupting the way preferences were allocated by voters under the previous system would deny ‘micro parties’ the ability to win Senate seats. Then Turnbull called a double dissolution election, which sort of undermined the original intention of doing away with micro parties by making it much easier for them to get elected than would have been the case in a half-Senate election.

After the election the Turnbull government now had to deal with an expanded number of populists including the Nick Xenophon Team from South Australia and a number of One Nation senators elected along with Pauline Hanson.

In other words, the upper house cross-bench standing in Turnbull’s way was larger in number, more diverse and a lot more ideological than that which confronted Tony Abbott after the 2013 election. However, unlike the Abbott government, the Turnbull government has not let this fact act as a barrier to legislating.

In fact, this is a major qualitative difference between the two Coalition governments and indicates the greater scope for pragmatism in Mr Turnbull’s approach.

Indeed, so effective has its ability to negotiate with the cross bench of the Senate been, the greatest threat to the government’s standing in the eyes of the voters has come not from the alternatives presented by Labor or the minor parties, but from within the Coalition itself.

The list of issues the Liberal and National parties have fought over amongst themselves is extensive, and includes racial vilification laws, same sex marriage laws, and water policy. To this can be added the de-stabilising effect of the Attorney General constantly being accused of improper administrative behaviour especially with regards to his relationship to the former Solicitor General, and, of course, the haunting spectre of former leader Tony Abbott and his barely disguised ambition to reclaim the prime ministership.

These dynamics are influencing the opinion polls.

Dissatisfaction with the government is high, but voters are not really turning to the Labor alternative, Bill Shorten. The biggest swings on primary vote have been to the Greens and other minor parties, and Labor’s lead over the government is on two party preferred vote rather than on primary support.

This is also reflected in the preferred prime minister poll, where Turnbull’s support has been falling, but approval rates for Shorten are stagnant.

Turnbull should take solace from the fact that governments in mid-stage of their second term often lag behind the opposition in the polls, especially when they are in the process of trying to legislate.

The Coalition’s problems are more to do with internal stresses rather than the policy debate, and the fact that it has been able to get bill through the Senate at least counters the hint of internal division by being able to point to legislative output.

In other words, after a really poor electoral performance, the government has started to improve its performance.

With the Greens and Labor taking the same sex marriage referendum taken off the agenda, the Turnbull government has been able to concentrate a little more on the economic debate and setting up a situation in which it can pursue the unions.

The government has had a strong finish to the year, and this might give it some momentum in to 2017.