Skip to content
You are here
Home > Comment > As Indian IT workers on 457 visas flood Australian market, local IT graduates languish 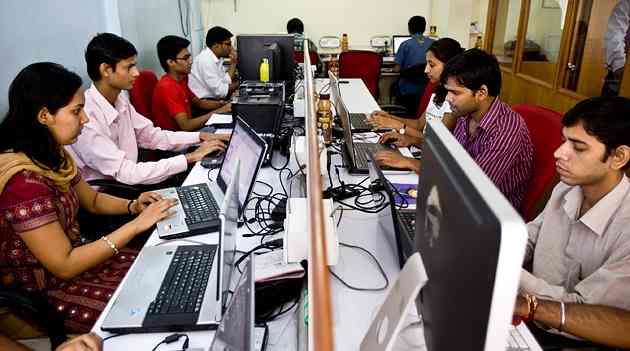 Melbourne, December 2: In a shocking disclosure of a long known but unrecognised actuality, the Australian Population Research Institute (APRI) revealed that foreign IT workers represent the largest component of the 457 program.

The erstwhile unpublished data showed that Indian nationals acquire more than three-quarters of the total IT openings in Melbourne and Sydney.

It was also revealed that most of the Indian IT workers willingly work for up to $46,000 less than the Australian average salary.

The study found that more than 60 per cent of the Indians IT personnel earned under $70,000 and another 28 per cent took home about $54,000.These figures compare poorly with Australian computer professionals, who on an average earned about $100,000 in 2014.

The report, Immigration Overflow: Why it Matters – reveals that more than 7400 programmers and computer analysts came to Australia on 457 visas in 2015-16. Most of them are known to have been accompanied with their spouse and children, looking to apply for permanent residency upon completion of the 2 year period.

Another 9700 IT professionals came to Australia on permanent skilled visas in 2016 alone, thus, pushing the total IT intake to more than 17,000.

While the local IT market is saturated with foreign workers; a more soft encroachment is being witnessed in other areas of local job openings, which are being taken up by spouses of 457 visa holders.

Dr Bob Birrell of APRI, who led the study, said that this influx was no less than a “scandal” unleashed onto the soft job IT sector.

“This extraordinary outcome is occurring at a time when there is an oversupply of resident graduates and when the government is encouraging local students to enrol in IT courses,” he told Herald Sun.

Co-authored with Ernest Healy and Bob Kinnaird, the report claims that in 2015 alone, a whopping three-quarter of IT workers on 457 visas were Indian; who are on rock bottom base salaries of $53,900 or less.

Mr Kinnaird compared $53,900 a year of 457 visa holder, as similar to the median starting salary for an Australian ICT graduates under the age 25.

Dr Birrell, who was Reader in Sociology and the founding director of the Centre for Population and Urban Research at Monash University said that the Immigration Department data thus, was highly contradictory to IT industry claims that 457 workers were paid market rates.

The lower pay accepted by Indian IT workers in order to be able to apply for a PR, gives Indian service companies an enormous competitive advantage in tendering for IT work in Australia.

So essentially, there is a mounting rise in the culture of ‘back-scratching’ between Indian IT workers who seek an Australian PR; and IT companies with serviceability options from an Indian base.

The 457 visa system is being used by these IT companies to tender for Australian contracts on a much lower cost than companies based wholly in Australia, using Australian IT personnel.

“Their success here also means they are in a good position to provide clients with the low-cost option of moving the operations they have ­installed to their offshore offices,” Dr Birrell revealed.

The study also exposed the hot air “myth” that all skilled ­mig­rants arriving each year were “highly trained”.

The rigours faced by the 128,000 who are given permanent residency each year, is a soft ­selection criteria, compared to local job seekers who not only require to complete their apprenticeships but also require sufficient job experience for the same opening.

This includes foreign students who do not require any local job experience when applying after graduating from Australian Universities.

“It is important that the integrity of the list be maintained to ensure that skilled migration meets the genuine needs of Australia’s economy and does not displace Australian workers.”

Mr Dutton placed responsibility on former Labor immigration minister Chris Bowen who included hundreds of occupations on the skilled migration list, regardless of any labour shortage in those areas.

In the last financial year, largest number of foreign workers came from India claiming 26.8 per cent, followed by 15 per cent employees of UK origin and China at 6.6 per cent.