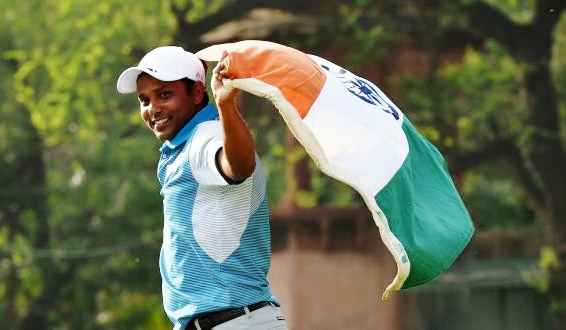 The ISPS HANDA World Cup of Golf to be held on the Sandbelt region course in historic Kingston Heath Golf Club; will bring together the world’s top golfers to compete from 24-27 November in one of golf’s only global team events, with 28 two-man teams representing their countries.

Matsuyama with his seven-stroke victory at the Japan Golf Tour’s Mitsui Sumitomo VISA Taiheiyo Masters on Sunday, is arguably the best.

The 24-year-old now has three international victories and is the first Asian player to win a World Golf Championships event – the HSBC Champions.

Matsuyama will be paired with fellow Japanese prodigy Ryo Ishikawa. Together, the two are quickly becoming one of the favourites to take home the World Cup in the 58th edition of the historic event.

“I’m really looking forward to the World Cup of Golf. Anytime you get the opportunity to represent your country, it’s a great honour. I’m looking forward to playing well and hopefully we can team together for a victory,” Matsuyama said.

On the Asian Tour, Chawrasia won his fourth international victory on the second playoff hole at the Resorts World Manila Masters.

His win at the richest golf tournament in the Philippines was a first for the 38-year-old outside his native India, and was one to remember after he birdied the 18th playoff hole twice to clinch victory over Sam Chien of the United States and Malaysia’s Nicholas Fung.

Chawrasia will team up with Chikkarangappa S. to represent India.

“I’m looking forward to getting a week’s rest back home before flying to Melbourne for the World Cup of Golf. The game’s been good and the season’s been nothing short of great too, having won my home open earlier this year,” he said.

“This win will give me a boost in confidence and shape my game up nicely for the World Cup of Golf in two weeks’ time.”

Kolkata resident, Chawrasia turned pro in 1997 winning the EMAAR-MGF Indian Masters in 2008, at Delhi Golf Club where he defeated an elite field that included Ernie Els. He later went on to win 3 other Indian championships.

Son of a greenskeeper at Royal Calcutta Golf Club, Chawarasia picked up the game there from the age of 10 and has been one of the great success stories of Indian golf.

Chawrasia remembers sneaking onto the golf course to play a few holes before being chased off the course by staff members, fast forward to now, he has now bought a house near the club.

The self-taught golfer is nicknamed “Chipputtsia” because of his superb short game.

Chawrasia will be competing against golfers from USA, Australia and 26 other countries.

For ticket information and to follow your favourite player featuring in the 2016 World Cup – the 58th staging of this event, visit Melbourne.

Voted the world’s most liveable city and famed for laneways and cafe culture, vibrant arts, music and fashion scenes, gateway to the wine region, stunning Great Ocean Road and coastal experiences to Alpine mountain ranges and inland lakes, Melbourne is also a leader in staging international sporting and cultural events, with its super-friendly people ready to welcome World Cup of Golf visitors.