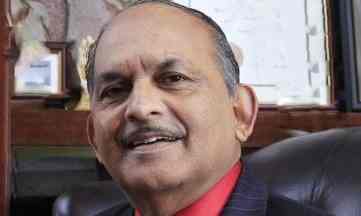 Gupta was recontesting for Wyndham council from Chaffey ward and was noted to have worked heavily in the last four years, around local issues including hospitals and infrastructure for Indian community.

He was also instrumental in the research and planning process for the Indian precinct in Wyndham.

This council witnessed a low voter turnout – Gupta’s Chaffey ward recording only about 60 per cent compared to state average of 73 per cent.

Yet Gupta recorded 3.47 per cent of the primary total votes, highest amongst all other Indian origin candidates in that ward.

Among the successful, Intaj Khan was re-elected for Wyndham with reports that amidst Harrison ward candidate deluge, at least eight candidates were preferencing him in a bid to ensure his re-election.

The Sunday Age in an investigative report revealed repeated failures by Khan to properly declare property and commercial interests, including large farmland masses and directorships in various companies, as required by a Councillor, under the local government laws.

Liberal backbencher Bernie Finn had earlier claimed in state parliament that Khan was financing a small army of dummy candidates for the council elections.

Several candidates accused of being linked to Khan, included Matt Riley, of ‘legalise cannabis’ fame who was “not really expecting to win” but was running to feed votes to Khan.

Another surprise loss was for Glen Eira council contestant, Oscar Lobo, who had earlier landed into hot waters for an alleged anti-Semitic comment about public security at Jewish events in 2015.

Lobo is otherwise a well known member of the Goan Indian community and has worked hard for years for promotion of Goan culture in Melbourne.

He has also worked for upliftment of Glen Eira for the last 7 years and his areas of work included demand for council’s cost benefit analysis; and honest and straight answers to public questions.

It remains to be tested which factors lead to his loss in the 2016 elections, although Lobo recorded 6.10 per cent of total primary votes in his Tucker ward.

Lobo offered an apology for the alleged anti Semitic comment but he denied his comments were anti-Semitic. He later attended a Jewish ‘familiarisation day’ at Jewish Museum in St Kilda, visited Jewish Holocaust Centre in Elsternwick and a local synagogue.

He told the Herald Sun that he had not intended “to incite any community… but said: (having guns at Jewish events) was dangerous and they should not draw attention to themselves.”

“…What I said was that they were well protected by the Government and that all this extra security would only draw more attention to themselves,” he said.

Noteworthy, Ms Frances O’Brien, QC wrote in a report, which investigated bullying allegations in the Glen Eira council, that:

■ Council defamed Oscar Lobo when censuring him for an alleged anti-semitic slur;

■ An email sent by Michael Lipshutz to Cr Lobo asking if he worked at a bank linked to terrorists was “discriminatory and not innocuous.”

The above report was accessed by Leader.

Lakhwinder Singh Dhillon contesting for Whittlesea council from the South West ward, tipped to command a large support, however, recorded only 666 primary votes.

Dhillon is the taxi driver who famously returned $110,000 left behind in his cab and was honoured by the Melbourne City Council for this act of honesty.

Casey, in south-east Melbourne also recorded a high number of candidates, but voting patterns ensured re-election of sitting mayor, Sam Aziz. He was instrumental in the decision against the building of a mosque within the council.

The council rejected a plan to build a place of worship for 470 Indian and Pakistani Muslims in Narre Warren. The council said that the decision was made based on planning requirements, the plan having earlier been opposed by VicRoads.

In Melbourne’s north, Tim Singh Lawrence was re-elected with 15.81 per cent of 22006 formal votes for Darebin from the Latrobe ward.

Darebin and Moreland registered a resounding success for the Greens.

While Darebin re-elected Trent McCarthy and elected 3 new Greens councillors; Moreland elected Sri-Lankan origin, Samantha Ratnam with a whopping 50.71 per cent of primary voting, along with 3 other Green councillors.

Moreland will also look almost half Green with 4 councillors from their ranks and Yarra going almost Greens with four out of the nine elected councillors being Greens.

Ratnam joins 243 other women councillors in Victoria to achieve a 38 per cent women of elected councillors in 2016. Other than Ratnam of Sri Lankan origin, none belong to Indian origin.

While, only 2 candidates of Indian origin have been elected in 2016 council elections, yet 2016 was by far the highest recorded Indian candidates contesting.

Speaking to Bharat Times, Arun Sharma of Celebrate India, said that most new Indian migrants seem “unwilling to work at the grass-root level before jumping into the fray.

“I am very surprised with Lobo and Gupta loss… obviously there would have been politics involved, given that they have worked for the community long…”

Mr Sharma, who has himself worked with and for the community for 40 odd years, and currently involved with annual Federation Square Diwali, lamented that new migrants are oblivious to the need for hard work but “want quick promotions and leadership.

“I fail to understand their notion of leadership…” Mr Sharma said, adding that there is marked difference between the settled community and new migrants and their approach to leadership roles.

Snippets of how Indian candidates fared in 2016 Victorian Council elections with respect to individual primaries: