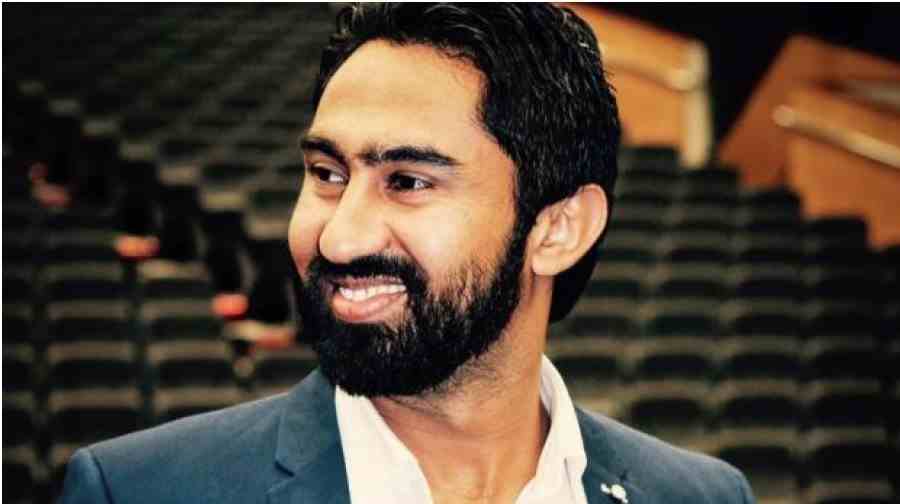 Brisbane, October 29: Popular Brisbane based singer and entertainer Manmeet Sharma, 29, popularly known as Manmeet Alisher, was killed when he was hit with an “incendiary device” and was burned alive, while working as a bus driver.

The brutal attack took place on a Brisbane street around 9am Friday when the bus pulled into the Moorvale shopping centre at Moorooka.

Manmeet, who was the driver of the Brisbane council city bus, was allegedly “doused in a flammable liquid” – or an incendiary device that immediately sparked a substantial fire.

According to some passengers on-board the bus, the alleged actually threw an “item” at the driver.

Queensland Police Commissioner Ian Stewart said it appeared as passengers boarded the bus “a man threw some type of incendiary device at the driver”.

Superintendent Jim Keogh said: “One passenger entered the bus and poured flammable liquid on the driver, subsequently the driver was set alight and is now deceased.

“The fire was so rapid the driver stood little chance.”

The bus driver was “going about doing his business, supporting the community, has had his life taken from him in what is a senseless and needless act”.

Tragically, Manmeet could not be revived.

It is not known whether the attacker and victim knew each other. Superintendent Keogh said there was nothing to suggest a connection or any “apparent motive”.

Police say at this stage, the attack is believed to be random and had no indication of being ‘racially motivated’.

Police Commissioner Ian Stewart says counter-terrorism authorities were involved in the investigation but there was nothing so far to suggest terrorism- related links.

He said that those on-board and those waiting to board, were all left extremely traumatised by the incident.

Paramedics confirmed 11 passengers escaped the blaze and were treated at the scene for minor injuries, including smoke inhalation.

Six people were transported to hospital with smoke inhalation and minor injuries.

The man accused of setting Manmeet on fire, Anthony O’Donohue, 48, appeared briefly in the Brisbane Magistrates Court this morning

His lawyer Adam Magill said that he was “numb” after he was charged with murder for killing Manmeet.

“He’s numb, I don’t think he’s feeling anything at this point in time.

“He’s trying to come to terms with what happened himself.”

Mr Magill said that there were concerns about his client’s mental health, particularly because of the heinous nature of the alleged offence, which did not “make sense”.

Moorooka man, Anthony is additionally charged with arson and eleven counts of attempted murder of the other passengers on-board during the fatal attack. He will remain in custody until his case returns to court in late November.

After being treated for injuries, Anthony was taken to the police watch-house on Friday night after his “senseless attack”. He was reportedly “compliant” with Homicide detectives.

Manmeet, who was an Indian immigrant, was remembered by family and friends at a vigil in Brisbane’s south, overnight.

Musician Manmeet was an integral part of the Punjabi community, according to his close friends. His passion was music but he made a living as a bus driver.

He had been employed with the Brisbane council as a bus driver, on a casual basis, only few months back.

Brisbane Lord Mayor Graham Quirk said flags would be flown half-mast at council facilities on Saturday as a sign of respect.

More than 100 taxi drivers, many from the Indian community, gathered to mourn the loss.

Mintu Brar, manager at Harman Radio, said Alisher’s life was cut too short. He described Manmeet as “a very social guy” who wanted to create a good social society.

Tributes poured in after the shocking incident that killed the beloved local singer Manmeet, who was known to be very soft-spoken and courteous.

Local councillor Steve Griffiths posted on Facebook, saying the vigil would pay respects to Manmeet and all others affected.

Menwhile, cabbie Aguek Nyok has been acknowledged as the local hero after he kicked down the back door of the bus, to allow passengers to escape the inferno inside.

Queensland Bus Industry Council said today was a “sad day for all within Queensland’s bus industry”, in a statement.

“To say we are shocked that such an event could occur so unexpectedly is an understatement. We are also thinking of those passengers who witnessed this action today and wish them the best as they deal with this traumatic experience.”