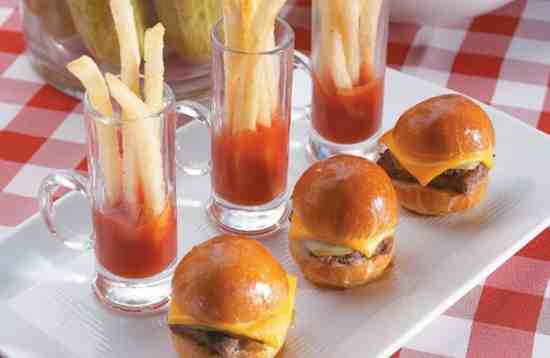 ‘Foodie’ culture is causing Australians to chew through their finances, according to new research from industry super-fund owned bank ME.

Melbourne, July 26: Around a third of Australians (33%) can be termed as ‘foodie’ and are spending more on food-related trends, such as ‘superfoods’, roving food trucks or online delivery services, than five years ago – increasing to 43% among Gen Ys.

More than half (62%) of the 1,000-strong survey didn’t have a food budget, despite 68% noticing an increase in food-related trends in the past five years, and 44% labelling themselves as a ‘foodie’.

The reasons behind increased food spending varied with age.

The majority (59%) of those aged over 50 attributed ‘health or dietary reasons’ to justify their increased food spend, while 44% of young Australians aged 18-29 said they spent more because they ‘enjoyed going out, socialising and trying new things’ (44%).

Interestingly, media and social media are influencing how Australians engage with food.

The foodie trend
Around 45% of respondents said they ‘tried a new recipe or ingredient after seeing it on TV or social media’ and 17% of Gen Ys choose a meal based on its ‘aesthetics or social media potential’.

ME’s Head of Deposits and Transactional Banking, Nic Emery, isn’t surprised by the rise in food-related spending, but is concerned by the lack of financial-food bingeing.

“With shows like MasterChef gracing our living rooms every night, and food delivery services on the rise, it’s no wonder we’re seeing increased spending on culinary delights,” he said.

“It’s important to factor in how big a slice of your financial pie is being allocated to food,” he said.

Simple steps can be taken such as categorising your weekly food budget so everything, not just the grocery shop, is taken into account. By identifying where the majority of your food budget is going, you can make changes to what you’re spending on and reign in any unnecessary purchases every month

ME’s findings suggest ‘food’ has become about more than just the usual grocery shop with 55% of Australians saying they ‘like to try new restaurants’ and 42% ‘enjoying food related events’.

Emery said although dining out and food events are increasing in popularity, it doesn’t mean hard-earned savings need to be eaten into.

“Be creative with your budget, take note of price per kilo with fruit and veg and look for weekly specials. By following some easy rules, such as only dining out every fortnight, shopping for items in season or buying in bulk can ensure you still can have your cake and eat it too.”

Melbourne is spending more on food-related trends, such as ‘superfoods’, visiting food trucks or online delivery services, than five years ago, compared to other Australian cities.

Sydney (29%) is more likely to ‘try the latest food trend or diet fad’ than other Australian cities.