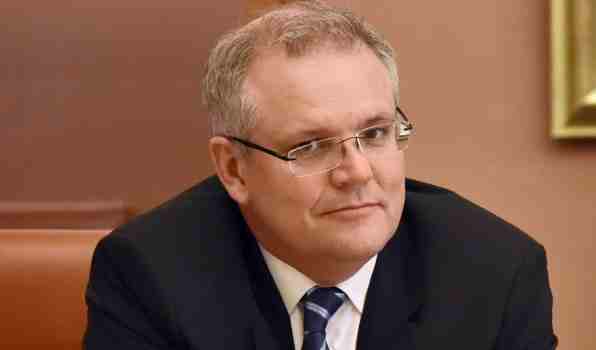 The Brexit hell prophecy that quickly fell through

Melbourne, July 21: Before Brexit, majority reports published by research institutes and claims made by columnists predicted that it would cause a catastrophe in world financial markets and hellish consequences in Europe.

Today, Treasurer Scott Morrison released report from the Council of Financial Regulators, commissioned in response to the poll in Britain.

The report found that impact of Great Britain’s exit from the European Union would have “very limited” impact on Australia and tremors if any, would be felt only in the short term.

In Europe, similarly, there was no financial calamity apart from a short-term fiscal free plunge that soon climbed back up – especially stocks showing strong growth.

The US index recorded a new high with its market being perceived a safer platform for some time, as a result of the Britain exit from Europe.

Treasurer Morrison said that Australia’s “exposures are limited” and “no required action” for short term in Australia.

“Australia has proved resilient and remains well placed to manage the economic and financial market’s response to Brexit.

“Despite initial volatility and some surprise by markets, markets have substantially either re-gathered or stabilised,” Mr Morrison said.

The report highlighted that any long-term impact implications for Australia would depend on success of negotiations between UK and Europe and how orderly the transition was.

The consequences of the Brexit, if any, will manifest as the process of exit of UK from Europe commences.

But meanwhile, as the report outlined, Australia’s trade partners being more Asia-based than Europe, financial and banking experts deems that Australia is “well-placed” to handle upheavals to a large extent, contrary to many earlier commentaries.

Succession of Prime Minister David Cameron by strong Theresa May has however, lowered the immediate risk of any financial upheaval for UK and in turn other economies of Europe or the world.

The case of Norway and Switzerland is a good example of retaining the benefits of a free trade zone without EU membership – and if UK is able to negotiate an exit on similar terms, we may not notice much volatility during the exit process – and at worst a short-term volatility.

And “pro-Brexiters” argument of regaining control over UK’s sovereignty, regulating their own economy and putting in place immigration controls; would not necessarily bring in any financial disaster, after all.

It is always politics and maintenance and growth of wealth of the wealthy few that command financial commentary in order to defeat passionate nationalist sentiments.

Even if there is any turbulence through the exit process, the honest political gearing and a sound credible process should be able to weather that.

In Australia, as Mr Morrison said, Australia’s established financial systems would help absorb any “significant” political and economic event – including an internal “downside risk to the domestic outlook… (with) potential to affect household consumption and business investment”.