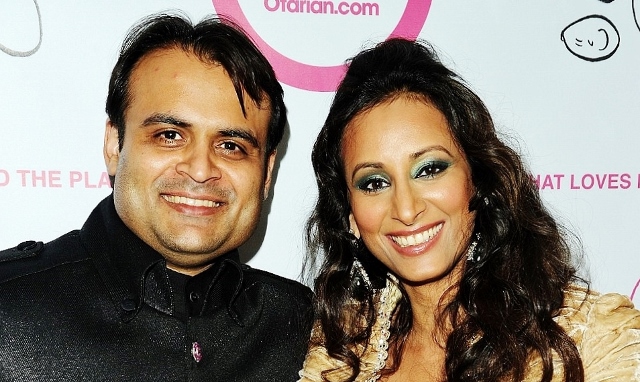 Melbourne, July 18: In the case of Oswals vs ANZ bank, where Radhika Oswal and Pankaj Oswal are seeking up to $2.5 billion in damages, over the sale of their 65 per cent stake in Burrup Holdings, Mrs Oswal has pleaded ignorance of business and the law.

In drawing sizeable funds from Burrup Fertilisers, for her other personal business ventures, Mrs Oswal is pleading that she believed she had the right to access substantial monies from the company.

Her pleading stands on the grounds that Oswals had a majority ownership of parent company Burrup Holdings; and that the plant was operating profitably, her barrister Peter Wallis said.

ANZ allege that Oswals committed a misappropriation of more than $150 million in Burrup Fertilisers money for personal benefit.

The court head that about $8 million from Burrup went to Mrs Oswal’s ‘Otarian restaurant chain’ located in London and New York.

More went into purchasing luxury cars, yachts and a private jet and their Perth mansion ‘Taj Mahal on the Swan’. The court was told that the Oswals stripped $150 million out of the Burrup fertiliser business for their own use.

Mr Wallis told the court that Mrs Oswal ignorance of law was led from no business experience and knowledge.

“She didn’t know that there was no internal authorisation will be her evidence,” he said.

He further elucidated that Radhika Oswal was used to getting money from her husband and her wealthy Indian parents, for anything that she wanted. The court was told that she had no work or involvement in business or financial matters.

“It was perhaps an old fashioned and certainly unusually privileged upbringing, but she was born into money,” he said.

The Victorian Supreme Court heard that Mrs Oswal was 22 when negotiations and deal for Burrup Fertilizer was underway in 2001. Her name as a director of various companies was only served the purpose of a name, the court was told.

Earlier, Tony Bannon SC, acting for Mr Oswal had said that there was no fraudulent scheme to hide the actual $760 million construction cost from ANZ.

Mr Oswal conceded some of the alleged payments were made and he had a personal interest in those payments, his barrister Steven Finch SC said.

Oswals and ANZ bank will be in mediation for the next two days.

Dubbed Taj Mahal-on the-Swan, their unfinished Perth mansion’s, mortgages were stuck out by the Federal Court, in an earlier decision where the court found that Mrs Oswal attempted to defraud her creditors by giving a Dubai company, mortgages over the properties worth $US45 million ($60.7 million).

The Dubai company is controlled by Mrs Oswal’s brother, Raghau Gupta and is officed in the same Dubai building where the Oswals live.

The Supreme Court was earlier told that Oswals paid two personal financial advisers $US26 million ($34.51 million) in hush money to conceal the true state of their Western Australian fertiliser company from ANZ bank and Apache Corp, which supplied gas for the Burrup ammonia plant.

US oil and gas company Apache Corporation is one of many parties in the complex civil trial.

They have alleged that the Oswals ran a fraudulent investment operation and fled Australia when they realised their game had been caught on by ANZ officials.

“Quite tellingly, just prior to this blowing up, they left Australia, which is not the conduct of someone who is honest we would say,” Apache barrister Stewart Anderson, QC, said.

He said Mr Oswal used deception to obtain finance to build the plant and caused an ammonia offtake agreement and in effect concealed $US490 million in cost overruns in building of the ammonia plant and funding their lavish Perth lifestyle.

Mr Oswal is seeking $US400 damages from Apache, but the company argues that it could have sold gas to other parties for a higher price.

The Oswals left Australia in December 2010, a few days before the ANZ appointed receivers.

Since returning in April this year, Oswals are claiming $2.5 billion from the ANZ and receivers over the sale of their 65 per cent stake in Burrup Holdings.

Lawyers for Oswals have also accused ANZ and former chief executive Mike Smith, of “racial bigotry” in their dealings with Indian billionaire couple.